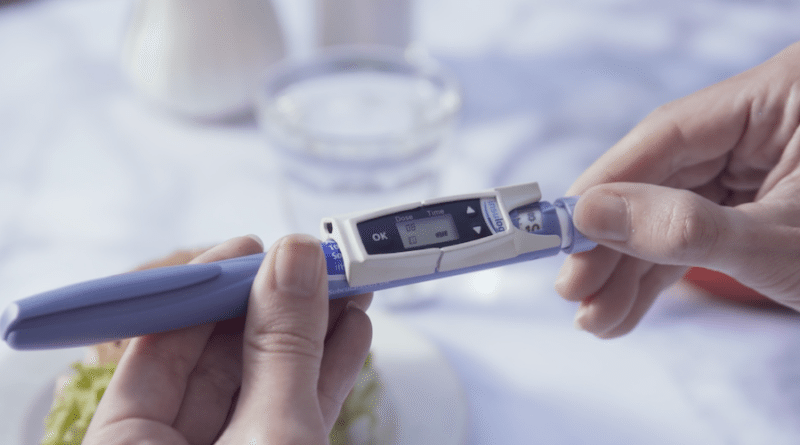 Diabetes is on the rise. According to the World Health Organization, the number of people with the condition has risen from 108 million in 1980 to 422 million in 2014.

Diabetes describes a group of metabolic diseases in which the person has high blood sugar, either because insulin production is inadequate, or because the body’s cells do not respond properly to insulin, or both. Maintenance is an ingrained part of a diabetic’s lifestyle. It’s not about drastic action, but rather ensuring a balanced diabetes. For certain diabetics, a simple miscalculation or slip of the mind can result in a health scare.

Insulog is a handy little device that makes life of diabetics easier by automatically tracking insulin intake. It snaps on to all major insulin pens and always shows your last intake’s time and dose. That means, there is nothing for you to remember or write down.

Insulog’s app for iOS & Android serves as a hub for your intake history, usage reports and graphs. It can also sync with your Apple or Google HealthKit, pull data from your BGM and notify your doctor in a few taps of your finger.

The Israeli startup behind the gadget has been working on its development for over a year. Now, the product design is ready, testing is complete, and their agreements with manufacturers are done. All that is required are additional funds, and they’ve turned to crowdfunding to raise the $40,000 needed to manufacture Insulog on a large scale.