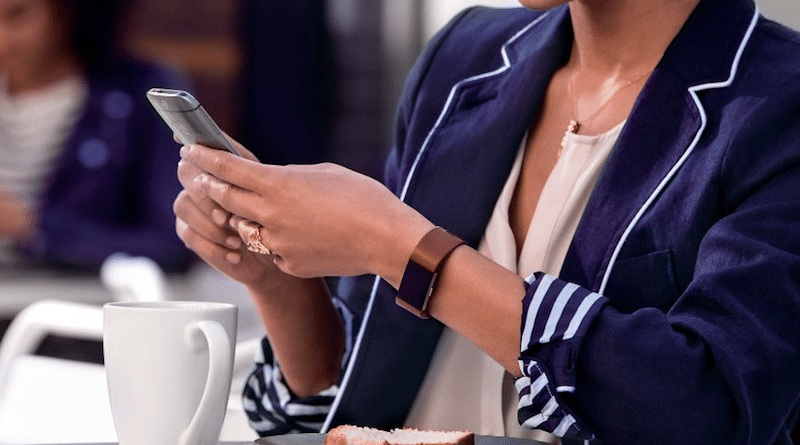 Fitbit reported better-than-expected quarterly results on Wednesday, and said that it was on track to launch its first smartwatch in time for the holiday season.

The company’s Q2 revenue fell nearly 40% year-on-year to $353 million, but this was above analysts’ estimate of $342 million. New fitness trackers, including Fitbit Charge 2, Fitbit Alta HR and Flex 2, accounted for 81% the quarterly sales. Shares rose 7% on the news, although they are still down some 30% since the start of the year.

Earlier this week, Garmin and Apple both had good things to say about their own wearables businesses. Apple’s revenue rose 7% year-on-year, helped by a 50% quarterly increase in watch sales. Meanwhile Garmin said that strong demand for its Fenix 5 watch helped its outdoor business surge 46% to a record $195 million in Q2.

Fitbit has definitely been struggling of late and the company has blamed a shift in consumers towards more high-end devices for the poor results. All eyes are now on its first smartwatch which is expected to land in the fall. James Park, the company’s CEO, used the earnings call yesterday to deny claims they are struggling to deliver the device.

“Our smartwatch, which we believe will deliver the best health and fitness experience in the category, is on track for delivery ahead of the holiday season and will drive a strong second half of the year,” he said.

Park promised an app store for its first smartwatch at the start of this year, and his company looks set to deliver. The development kit will be based on Pebble software and it will be compatible with both iOS and Android smartphones. To install apps, users will need to sift through an “app gallery” in the accompanying smartphone app. Fitbit is is expected to use a light touch when it comes to reviewing apps.

“We expect apps from a lot of other third-party developers to stream in after the launch,” said Park yesterday.

“It’s going to take them a little bit of time for them to learn the tools and the SDK.”

Fitbit’s health focused smartwatch is expected to include built-in GPS, a high-res colour display, activity, sleep and heart-rate monitoring, contactless payments and on-board storage for music. Park has confirmed that the watch will be water-resistant down to 50 metres (5 ATM), but that it will not include a cellular wireless connection in order to save on battery life.