They may have already leaked ahead of time, but Samsung used its press event ahead of IFA to announce the the Gear Fit 2 Pro, Gear Sport and Gear IconX 2018 biometric earphones.

Arguably, the most interesting of the three is the Gear Sport smartwatch. This is a device that will directly compete against the Apple Watch, Fitbit Ionic and Garmin’s new trio of Vivo watches.

Samsung has made a big showing at IFA. Walking into their designated area you come through a dazzling display that leaves you awestruck. A clever combination of lights and mirrors stops you in your tracks. 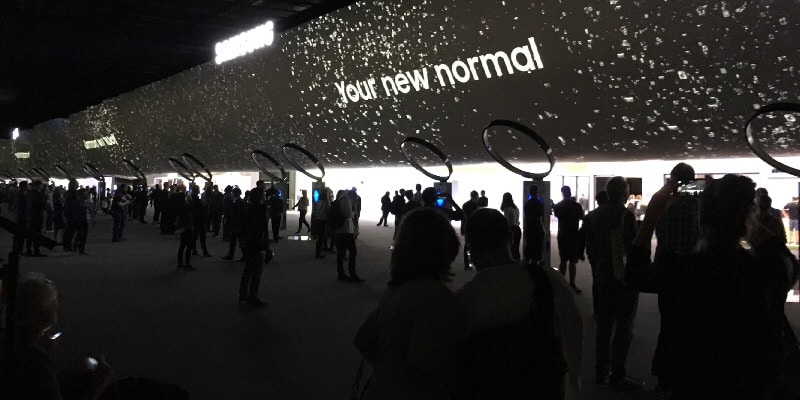 The tech giant probably has one of the largest display areas at the Berlin tech gathering. Fitness trackers and smartwatches are only a tiny part of their overall offering. 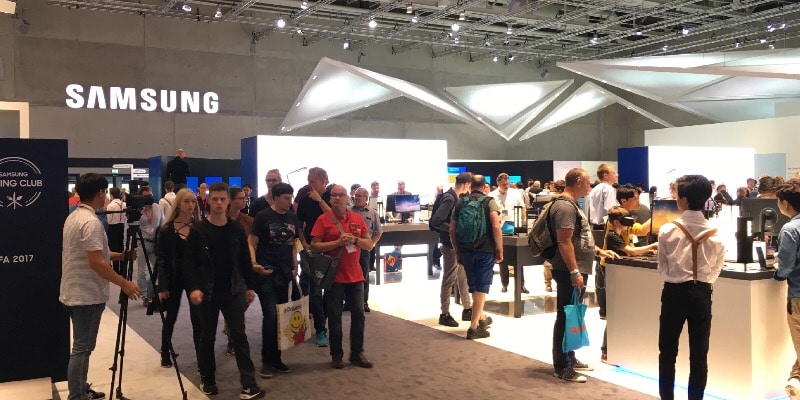 The South Korean company has transitioned further into the smartwatch space with Gear Sport. There was speculation the new device would be a new version of Gear S3, but instead we have something totally different.

The hint is in the name. This is a very sporty looking gadget that very much resembles the Gear S2 which came out two years ago. But that’s where the similarity ends. Gear Sport has been designed to offers a blend of fitness tracking and smartwatch functionality in one slick package. 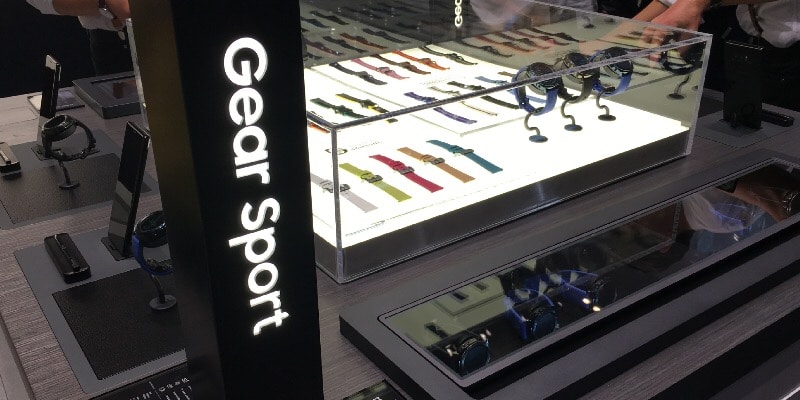 In terms of design, Gear Sport certainly doesn’t disappoint. The device is extremely smart looking and its full colour, always-on, 1.2-inch circular screen with a 320 x 320 resolution is very vibrant and colorful. The numbers are displayed in large and easy to read fonts and its a pleasure navigating through the screens.

Unfortunately we didn’t get to put it on, but we were able to play around with it. Moving through the various displays is very simple. Its actually a combination of swiping on the screen and rotating the unique bezel around the edges of the device. Rotate clockwise to cycle through the stats, counter-clockwise to go back. 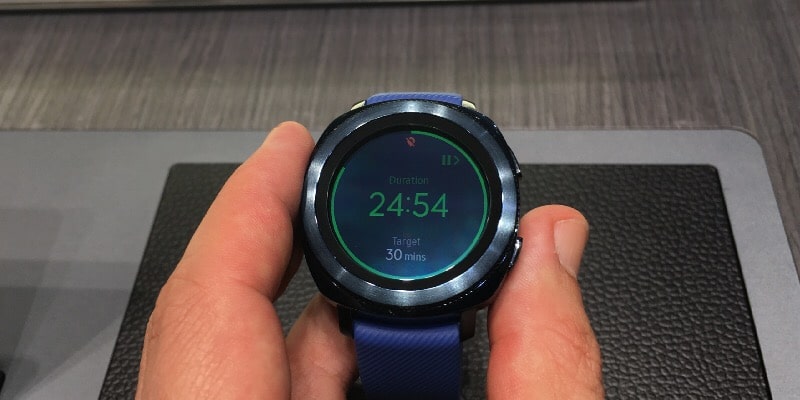 Along with Gear Fit 2 Pro, Gear Sport is the first to run the Tinzen 3.0 operating system. Under the hood you will find quite a bit going on. There is an accelerometer, gyroscope, barometer, heart rate sensor, ambient light and built-in GPS. Samsung says its new wearable benefits from improved accuracy when it comes keeping tabs on your ticker.

In addition to tracking your fitness, the timepiece will support the company’s Samsung Pay service with its NFC hardware. There is also offline support for Spotify, which means you can download music and store it directly on your watch. 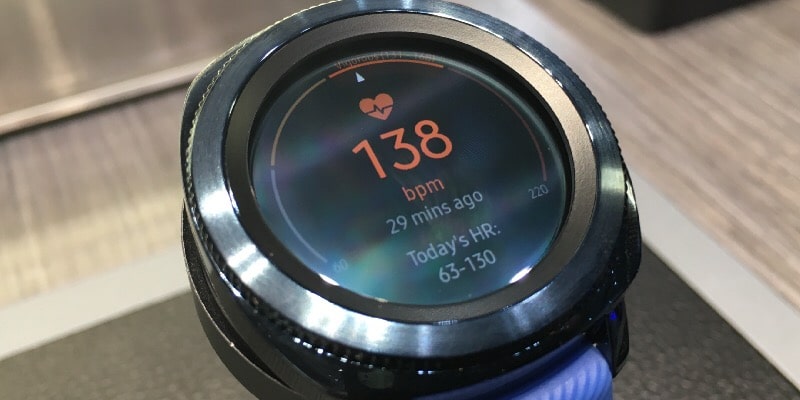 Compared to the earlier Samsung Gear S3, the Gear Sport has a smaller battery (300 mAh versus 380 mAh). On a full charge it will run up to 4 days, but only 4 hours with GPS switched on. That’s still decent battery life, although a week would have been nicer.

Samsung is all about waterproofing their devices this year. Great news for those that frequent their local pool or like to read their fitness stats in the bath. 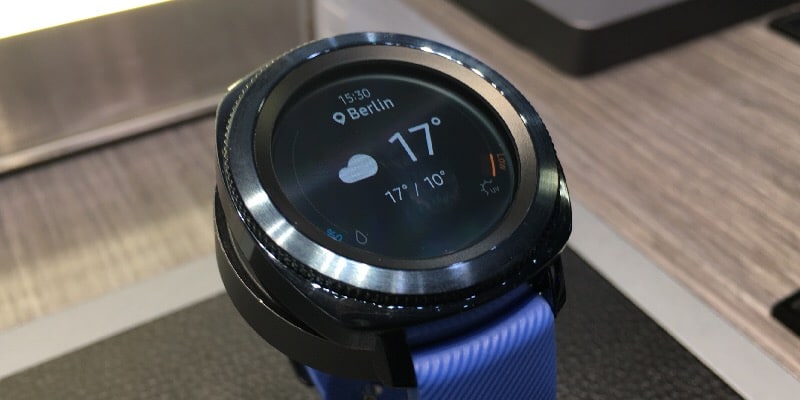 To that end, Gear Sport is water-resistant down to 50 metres (5 ATM) and there is swim tracking as well. This comes courtesy of the Speedo app, which will record stroke type, stroke count, and lap count). It will also provide you with “SWOLF”, which is a measure of stroke efficiency.

There is auto-recognition for a whole range of different activities, even dancing! Samsung will also let you design your own wellness plans with customised goals and alerts.

All things considered, we walked away feeling pretty impressed. Although we didn’t really get to test it out, it is a very attractive timepiece. Lets hope it performs as well as it looks.