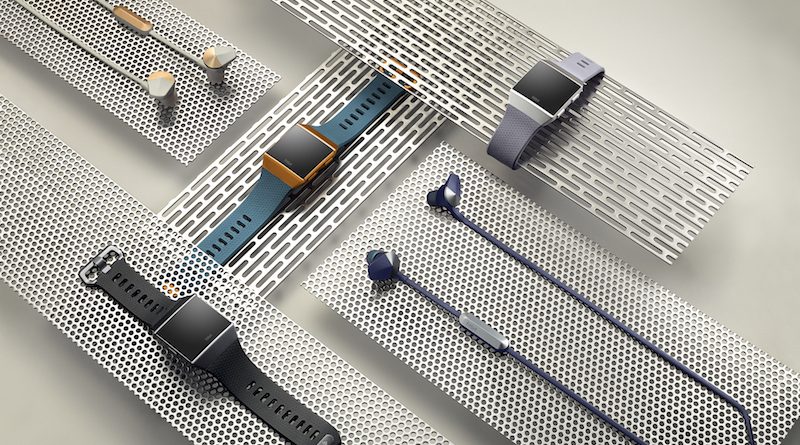 With sales heading south over the past year, Ionic is seen as the product that might turn Fitbit’s fortunes around. Although the Apple Watch competitor comes with smartwatch features such an app store and NFC payments, make no mistake, this is very much a fitness tracker first – smartwatch second.

Announced late last month, the timepiece comes with upgrades to the heart rate sensor, along with the ability to measure blood oxygen levels. There is built-in GPS, a workout assistant and 50 meter water resistance. With 5 days of battery life, its definitely giving Apple something to strive for.

“We defined the fitness tracker market 10 years ago and look forward to doing the same with the smartwatch category, delivering what consumers want most and have not yet seen in a smartwatch,” said James Park, co-founder and CEO of Fitbit.

“Ionic offers up to 5 days battery life for 24/7 health tracking and insights, advanced health and fitness features, enhanced heart rate and dynamic sleep tools paired with the smart functionality consumers need on the go to stay in touch and simplify their life.”

So you can be truly free from your phone, Ionic has on-board storage for up to 300 songs and Bluetooth connectivity for wireless headphones. The company’s first foray into the headphone market are available for pre-order for $130, with October 1st as the shipping date.

Essential reading: Fitbit Ionic or Apple Watch Series 3: Which to get?

If you’re interested in picking up an Ionic, the watch is available for pre-order right now on Amazon and a few other retail outlets. It’s on sale for just under $300 in silver with a blue-gray band, gray with a charcoal band, and burnt orange with a blue band.

Related to this, Fitbit also announced that its software development kit (SDK) will be available to all from September 26th. This will allowing anyone with a bit of coding knowledge to build apps and clock faces for the Ionic.