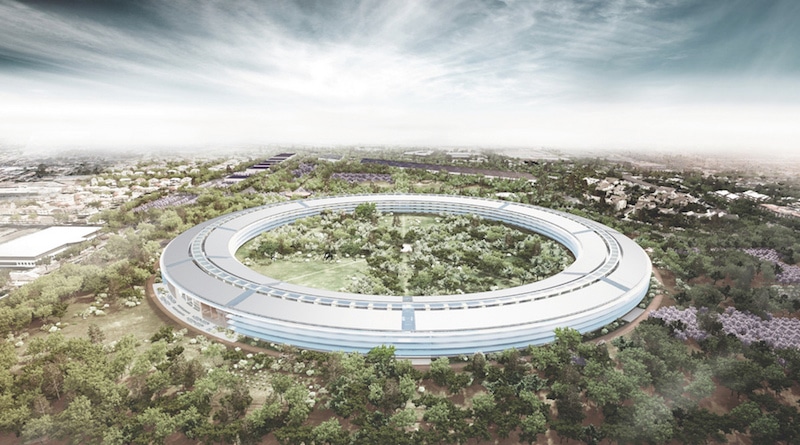 Employees at Apple’s new multi-billion corporate headquarters are being issued with standing desks.

Officially named Apple Park, the donut-shaped building is sometimes referred to as ‘the spaceship’. It opened to employees in April 2017, while still undergoing construction. The complex is located on a suburban site totaling 175 acres. It houses more than 12,000 employees and occupies approximately 2,800,000 square feet.

Tim Cook is very aware of dangers posed by excessive sitting. And lets face it, most of us our guilty of this. He has even described it as the ‘new cancer’.

“We have give all our employees, 100% standing desks. If you can stand for a while, then sit, and so on and so forth, it’s much better for your lifestyle,” Cook said in an interview with Bloomberg yesterday.

And he is right. As harsh as it sounds, sitting may actually be killing you. Modern televisions, computers, and automobiles have forced people to spend far longer sitting down than standing up. More than one-half of an average person’s day is spent being sedentary. One professor has even worked out from statistical analysis that chairs kill more people than smoking!

No details have been shared on which desks have been chosen, but we are guessing Apple has spared no expense. To accompany the desks the Cupertino outfit has chosen $1,200 desk chairs from Vitra.

And the perks don’t stop there. The campus is filled with arboreal decoration, it has a 100,000-square-foot fitness centre, electric golf carts and commuter shuttles for getting around, two miles of walking and running paths and more.

One thought on “Apple’s new campus is standing room only”