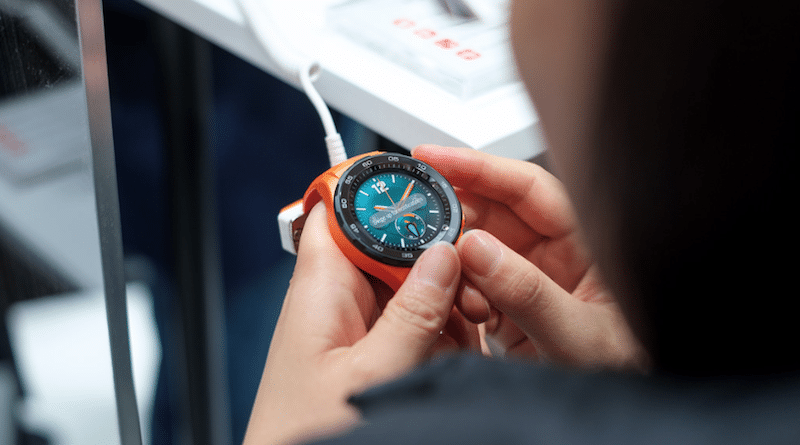 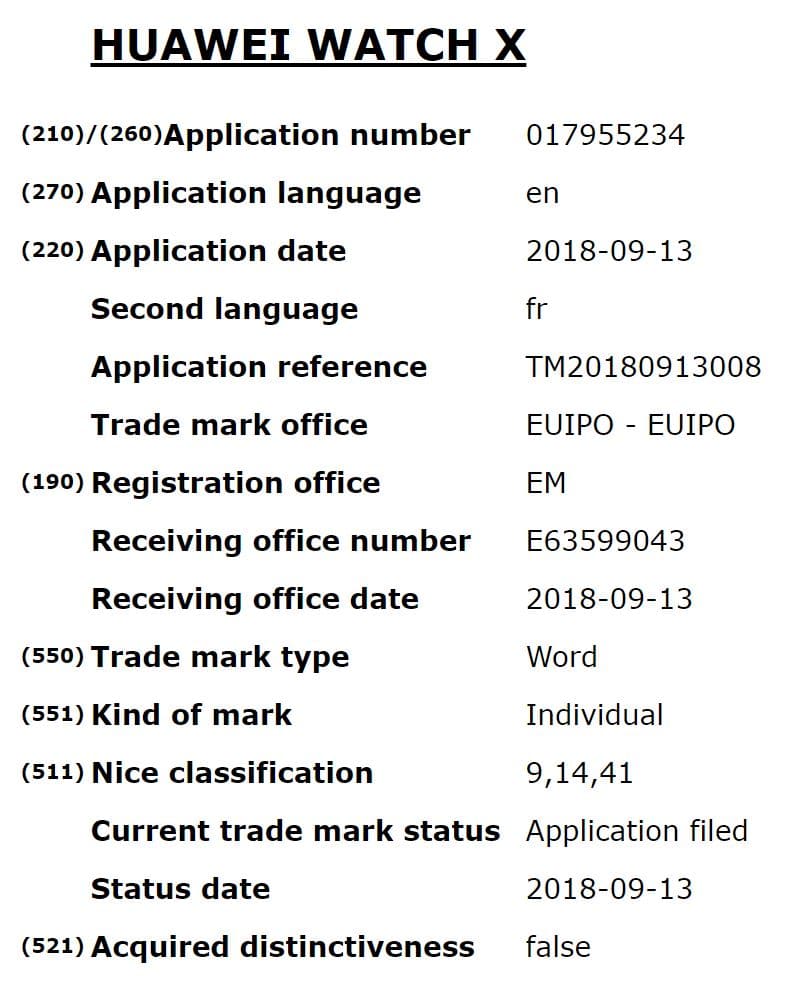 As reported by 91Mobiles, the Chinese tech giant has submitted a trademark filing with The European Union Intellectual Property Office (EUIPO) for a wearable with the name “Watch X”. Its very likely this could be the successor to Huawei Watch 2 as we know the company has been working for some time on the new timepiece.

Huawei did release Watch 2 (2018) earlier this year. But apart from eSim support, other specs are identical to the device launched back in April 2017. This includes a 1.2” AMOLED touchscreen and 390 x 390 resolution, a Snapdragon 2100 processor, 4GB RAM and 768MB of built-in storage. There is also a whole gamut of sensors including an accelerometer, gyroscope, barometer, GPS, heart rate, ambient light, geomagnetic and capacitance.

The EUIPO document reveals little info. It does say, though, the device will be a wristwatch with functions of a telephone, so you should expect LTE support and an electronic SIM-card.

Some were expecting the successor would make an appearance at IFA 2018 in Berlin a few weeks ago. And while Huawei did attend the event, there was nothing new on the smartwatch front. The company’s CEO Richard Yu did confirm, though, they are still interested in the smartwatch market.

“We want to make bigger improvements and make the experience much better than today. That’s my target,” he said at IFA 2018.

Judging by his comments its unlikely we’ll see the Watch X in the coming months. Particularly considering the holiday period is fast approaching. 2019 is looking like a more likely launch date, CES in early January or IFA in September.

Lets hope we hear more soon about the device we originally expected to be called the Huawei Watch 3. We’ll be sure to report back when we do.