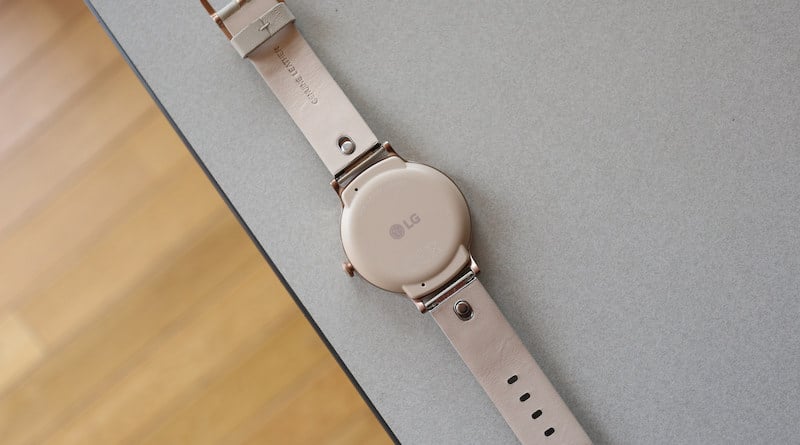 LG will hold its regular fall event next week which will see the launch of the LG V40 ThinQ. It has now come to light the company will use the opportunity to announce the LG Watch W7 alongside the smartphone.

The device first surfaced back in April when it was referred to as LG Watch Timepiece. Unlike the company’s other smartwatches, this is hybrid that combines mechanical hands with a full round color touchscreen.

Not much has been heard about the device since, but now its back in the news. A fresh tweet from tipster Evan Blass says the product will launch next week, but it will be called LG Watch W7.

Half a year later, this will launch alongside the LG V40 ThinQ as the LG Watch W7. https://t.co/vEXJ6BOvvG

If you’ve never heard of Blass, he is a Venture Beat journalist who comes with a very good track record when it comes to predicting these things. Blass didn’t reveal any info on the specs, but he didn’t need too. We’ve known pretty much everything there is to know about the upcoming device since April.

According to an exclusive report from Android Headlines, the watch will boast a 1.2-inch, 390 x 390 pixel touchscreen display that will run Wear OS. The watch will have a stainless steel body and measure 45 x 45 x 12.9mm, which means it will be fairly chunky.

The physical needles on the display will tap into highly precise quartz movement to show the time. You will also be able to use them for info on altitude, barometric pressure, compass and they will work as a stopwatch. One of the benefits of having a watch-hand combination is battery life. When the smartwatch element runs out of juice, the 240 mAh battery will keep the analogue bit ticking along for another 100 hours.

Under the hood LG Watch W7 will sport a nine-axis motion sensor, along with 4GB of onboard storage and 768MB of RAM. No mention of a GPS, NFC or heart rate sensor, which means you’ll have to make do with basic fitness tracking and carrying your phone around to make payments. It is not yet clear whether the hybrid will house the Snapdragon Wear 2100 or the new 3100 chip.

Will these rumors and leaks turn out to be true? Not too long to go now till the October 3rd event! The device is expected to arrive in colors like New Aurora Black and Cloud Silver and may cost around $250.