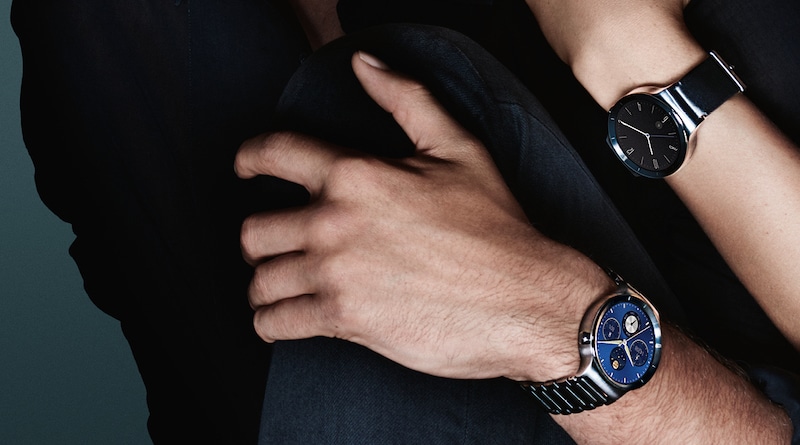 The upcoming Huawei Watch GT has already been certified by the Federal Communications Commission (FCC) and now we have its full specs. The device is expected to land in a couple of weeks time alongside a new fitness band called Terra.

Its been a while since Huawei revealed something new on the fitness tracking front. Its latest effort was Watch 2 (2018) which made its appearance earlier this year. But apart from eSim support, its specs are identical to the watch launched in 2017.

The latest leak comes courtesy of an Israeli site called WiseBuy. According to their source the watch – codenamed Fortuna – will be equipped with two side-mounted buttons and a round 1.4 AMOLED screen (454 x 454 pixel resolution). It will be a fairly sizable 46.5 mm in diameter but only 10.4 mm thick.

The gizmo packs the full gamut of fitness tracking sensors including built-in GPS, accelerometer, gyroscope, altimeter and an optical heart rate sensor. The current Watch 2 offers a number of Firstbeat performance metrics including Vo2Max, Calories Burned, Training Effect, Personalized Training plans, Real Time Coaching and a Recovery Adviser. It seems the new device will come with all this more. It will also feature Huawei’s TruSleep technology for detailed info on your nightly rest.

Powering everything will be a 420 mAh Lithium Ion battery. This will keep everything going for up to 14 days with normal use (thanks to new power-saving modes), 7 days in Always On mode and up to 20 hours with GPS switched on. Not bad.

Watch GT comes in a water-resistant wrapper (5 ATM) and it will track swimming, too. This is in addition to running, biking, mountaineering, hiking, trail running and triathlon. The wearable is expected to run the Wear OS but that’s not fully confirmed yet.

Watch GT has even leaked in render, as posted by WinFuture. The device pictured below is the “Classic” or “Fashion” variant. A second version of the timepiece is called Huawei Watch GT Sport. It uses different colors on the bezel and the band.

The info on the Huawei Terra fitness bracelet is a bit more sketchy. According to WiseBuy, in addition to basic fitness tracking smarts it will come with built-in GPS and an optical heart rate sensor. You’ll be able to keep an eye on your stats via the touch sensitive 0.95 inch AMOLED display.

The band sports the same great water resistance which means you’ll be able to take it down to depths of 50 meters. Battery life is pretty decent, too. The fitness band will keep going up to 2 weeks on a single charge and 8 hours with GPS switched on.

A few sites have mentioned October 16th as a possible launch date for the pair. Huawei is holding an event in London on this day to unveil its next flagship phone, the Mate 20. Watch GT is expected to retail for $275 and Terra for $140.

The company is also rumored to be working on another new product called Honor Watch. But the latest leaks make no mention of this device.