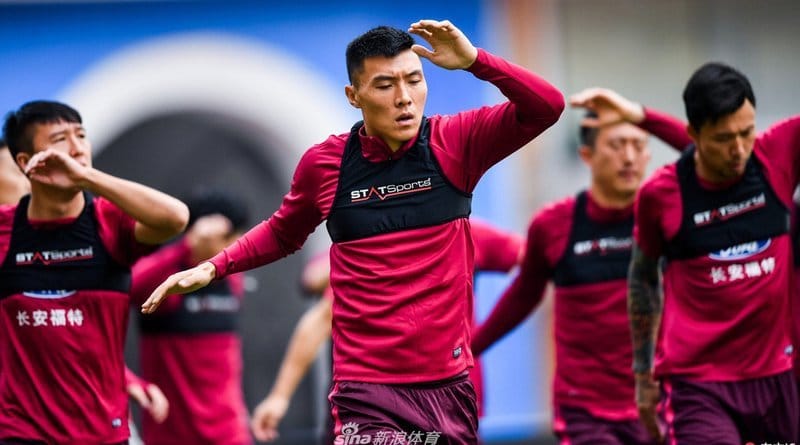 STATSports has teamed up with the Chinese Football Association (CFA). The long-term partnership will see all teams within the country’s football federation using its performance-tracking system. The Northern Ireland-based startup has scored similar deals with the US Soccer and the Brazilian Football Confederation earlier this year.

The world’s most populous country is not exactly a football powerhouse, but it does have ambitious goals. These include qualifying for, hosting and winning a World Cup within the next 30 years. Its Government is investing in new facilities and starting to include soccer in school curriculums. The hope is to get 50 million Chinese playing the sport by 2020.

The country has, so far, hosted two women’s World Cups. Its women’s team finished runners up in 1999. The men’s team didn’t qualify for this year’s 2018 Russia World Cup. In fact, the men’s team only qualified once. This was in 2002, when it crashed out of the group stage failing to score a goal.

In a bid to make its lofty ambitions a reality, the CFA has announced a landmark deal with STATSports. The collaboration will see STATSports’ monitoring technology deployed to about 70,000 pitches and 50,000 coaches in China over the next two years.

“We are looking to improve our on-field performance of our national teams,” said Lido Du, head of National Team performance at the Chinese Football Association.

“We identified GPS player tracking technology as a crucial factor in facilitating this improvement. Big data has become an exceedingly important part of gaining advantage and self-improvement in today’s football world. Tracking data is an inevitable component in it.”

Worn in a vest and positioned between the shoulder blades, the STATSports Apex unit tracks each player’s performance and provides real-time feedback to coaching staff and players. This includes info on distance, speed, acceleration, deceleration, high-speed running, heart rate and more.

Such data can be utilized to make sure each player is in his or her peak condition on match-days. Even more importantly, the gizmo provides insights on player load and level of fatigue. Both of these are important indicators that can help when it comes to avoiding player injuries.

“This agreement with the Chinese Football Association is another fantastic achievement for STATSports,” said STATSports Chief Global Strategist Jarlath Quinn.

“Chinese football has received a great deal of coverage over the last couple of years and has made significant investments to ensure they can compete at the highest level in years to come.”

But you don’t need to live in China or be a professional footballer to take advantage of the latest tech on offer. There are a number of products on the market that can be used by professionals and amateurs alike.