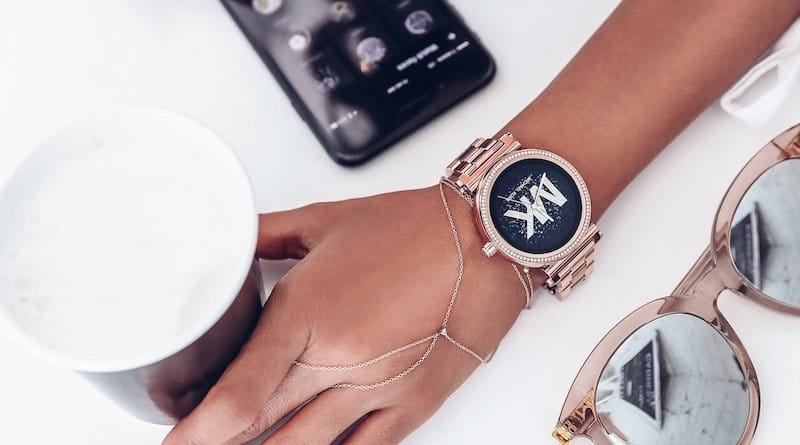 An upgraded version of the Michael Kors Access Sofie has received a CES 2019 reveal. The stylish timepiece comes with better internals including a heart rate monitor, built-in GPS and NFC for contactless payments.

Fossil has gradually been rolling out its 4th Generation technology since late last summer. The latest to benefit from the new smarts is the popular Michael Kors Access Sofie.

The American luxury fashion company first released Access Sofie in 2017 so an update was always on the cards. The 2019 version has the same fashion-forward design so most of the improvements are under the hood.

Health and fitness tracking is much better now thanks to a heart rate sensor and built-in GPS. Michael Kors has also improved water-resistance, so much so that you can take Access Sofie worry free for a swim. Finally, the new iteration also has an NFC sensor for contactless payments with Google Pay.

Rather disappointingly, even though Snapdragon Wear 3100 has been around since September, Access Sofie uses the old Qualcomm Snapdragon Wear 2100 chipset. So far Fossil Sport is the only watch in the Fossil Group collection with the new processor.

We don’t have word on battery capacity. Hopefully, Michael Kors will improve on the 24 hours battery life of its predecessor. We are also yet to hear on pricing or release date.