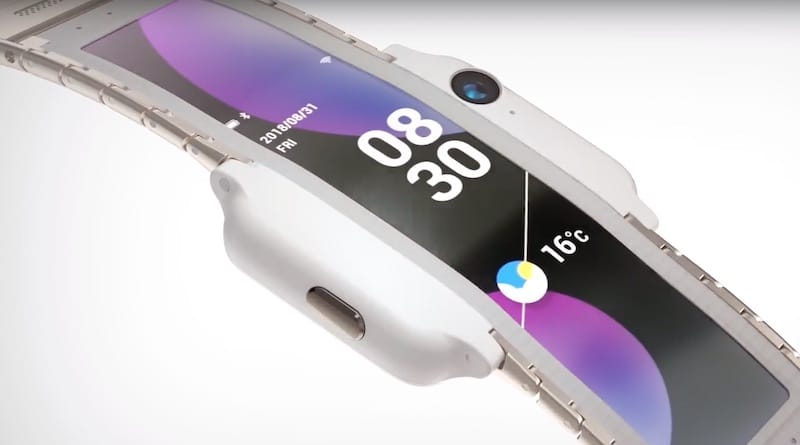 Nubia’s foldable phone that doubles as a camera watch is set to make its debut at the Mobile World Congress in Barcelona.

It seems 2019 will be the year of foldable electronics. A different slant on the whole concept comes from Nubia. Instead of a smartphone that morphs into a tablet, their device sits somewhere between a smartwatch and a phone.

There are very few actual details on the gadget. We know there’s a display that comes in the form of a long flexible OLED strip that wraps around your wrist. The wearable will also have LTE connectivity for calls and messages, and a camera on the side.

The Chinese manufacturer’s phone/watch was teased last year at IFA in Berlin. The official launch will be at MWC in Spain on February 25th at 6pm (CET).

The video below is of a prototype, but it should give you an idea of what the thing will look like.

This is definitely a cool concept so it will be interesting to see if it gets a good reception. We’ve become accustomed to using smartphones for lots of things but it’s safe to say their days are numbered. In just a few years time we’ll be using something else. It remains to be seen exactly what, but it won’t be palm-sized brick like devices with glass screens.

Wearable glasses, smartwatches, and even Virtual Reality (VR) products are all good candidates. Most likely it will not be a single gadget.