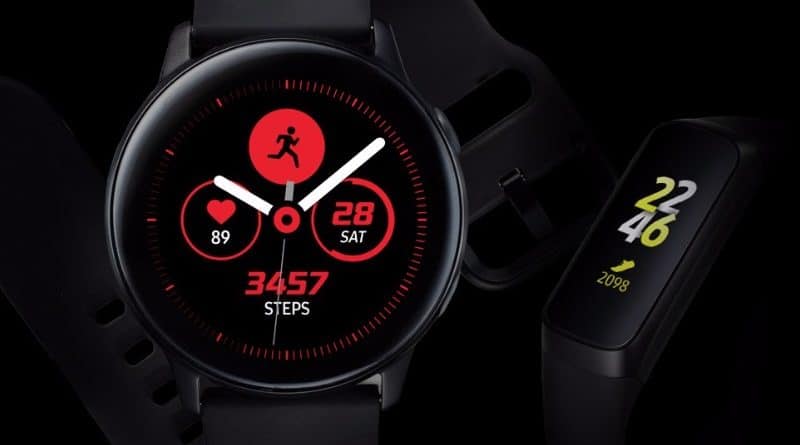 As Samsung preps for its Unpacked event on February 20th in San Francisco, an update to the Galaxy Wearable app has offered us a glimpse at what to expect.

Incoming wearables include the Galaxy Watch Active, Galaxy Fit/Fit e activity bands and Galaxy buds. All of these are set to make their official debut alongside the Galaxy S10 phones next week.

As spotted by SamCentral, the company has now uploaded the Galaxy Wearables APK. The latest version slaps on all four new wearables in the device list.

Here’s how everything looks in the app.

This is not the first time we’ve seen images of Galaxy Watch Active but it is the first time they were leaked by Samsung. It’s also the first time we are seeing any image of the Galaxy Fit and Fit e. The duo updates the Gear Fit 2 series and is Samsung’s answer to the likes of Fitbit, Garmin and Xiaomi.

To round things off, we have a another detail on Galaxy Watch Active. Today’s leak suggests it will come with a 40mm case which means it will be smaller than its predecessor, Gear Sport. The Samsung image also confirms rumors the timepiece will not feature the traditional rotating bezel. Its not clear at the moment how the company is planning to replace it.

Not too long to go now until February 20th. With several new products expected, it’s set to be an action-packed event.