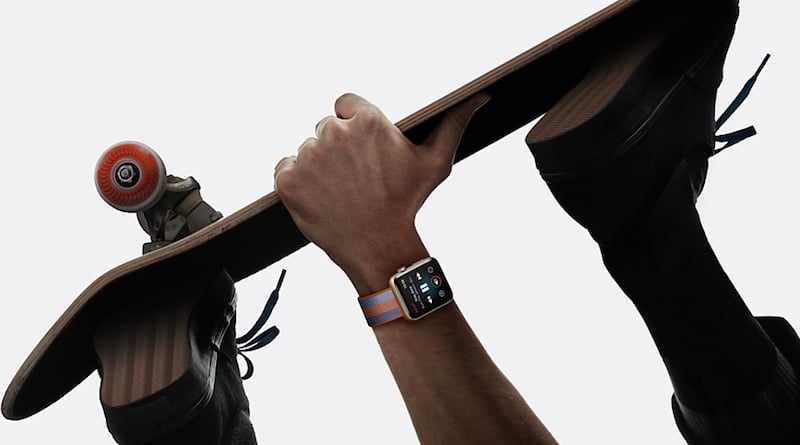 The Apple Watch accounted for a half of the global smartwatch market in 2018 according to Strategy Analytics. Combined together, Apple, Samsung, Fitbit and Garmin are the big four, accounting for 4 out of 5 smartwatches shipped worldwide.

The Cupertino outfit does not break down figures for smartwatches sold. Instead, it slots them into the “Wearables, Home and Accessories” category – which includes HomePod, Apple TV, AirPods, Beats products, iPod touch, and Apple-branded and third-party accessories.

This means we have to rely on estimates from market research companies such as Strategy Analytics to get a grip its market share. Which is quite big!

The latest data shows that Apple Watch shipments totalled 22.5 million in 2018, up from 17.7 million in the previous year. Figures were, no doubt, boosted by the launch of its ECG enabled Series 4 last September. 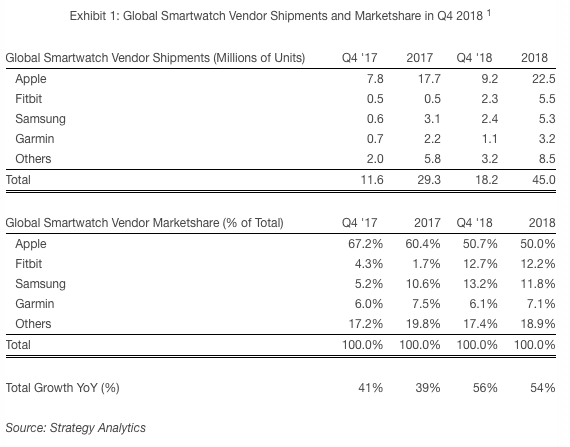 Despite the strong growth in sales, Apple’s share of the global smartwatch market fell from 60.4% to 50.0%. Q4 year-on-year figures showed an even steeper decline.

This was mostly due to the entrance of Fitbit into category and its launch of the hugely successful Versa. The San Francisco manufacturer increased its share of the market from almost nothing in 2017 to 12.2%, having sold some 5.5 million devices during the year.

Samsung also increased its share but only by 1.2% to 11.8%. The recently launched Galaxy Watch continues to be a big seller, and we expect 2019 to be another strong year from the company following its recent unveiling of Galaxy Watch Active. Garmin and other vendors saw a slight decline.

“Smartwatch growth is soaring, as consumers seek to accessorize their smartphones and bring digital connectivity to their wrists.”