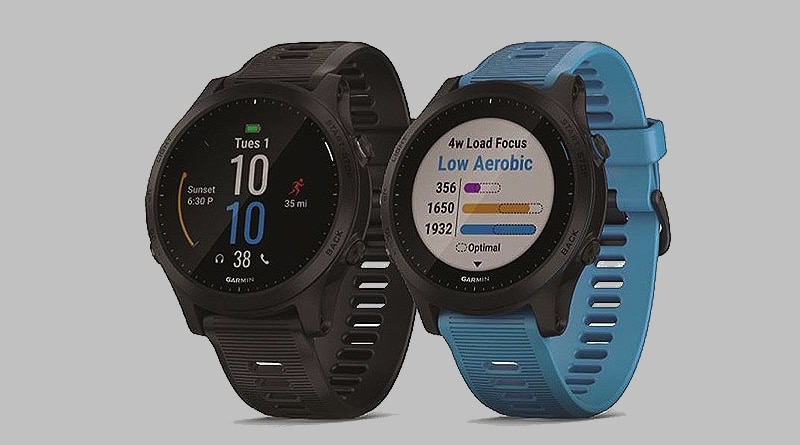 We written a lot about the rumoured Garmin Forerunner 945. The sports watch is expected to see the light of day in the near future as confirmed by a recent FCC registration and leak on Garmin’s own website. Some new images have now been posted on Reddit, which give an actual peak into what the device will look like.

Certain details in the FCC registration have led some to speculate the Forerunner 945 was going to have a rectangular screen. This always seemed highly unlikely and it now looks like it certainly won’t be the case.

It’s not exactly clear where the leaked images come from but they do look like the real thing. Nevertheless, keep in mind that none of this is official yet.

According to the pictures, the 945 looks very much like its predecessor, the 935. Released back in March 2017, the 935 is a nice marriage of style and functionality. It offers a slightly lower price and smaller form-factor than the Fenix 5 series, while not compromising on features.

In fact, as I am writing this article and looking at the 935 on my wrist, it looks exactly the same. It’s very likely Garmin has opted to keep the size and design of the watch unchanged in order to preserve/increase battery life. The current version is already impressive on that front, with a battery that will keep going for up to 2 weeks between charges (24 hours in GPS mode with optical heart rate).

Although we don’t have the actual specs, some clues are evident from the screen shots as far as the internals are concerned. These suggest the watch has offline storage for music and new Firstbeat metrics. An earlier leak confirmed the 945 will come with Garmin Pay.

The 945 will have also come with colour maps. In fact, the image above appears to be showing a part of the Boston Marathon route that was held a few days ago. This maps feature can be used for navigation, location tracking and creating round-trip courses. 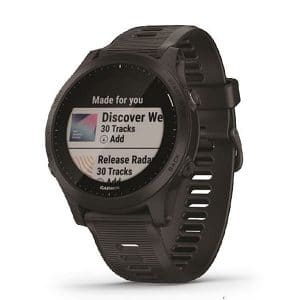 When it comes to offline storage for music, we expect the device to match the 645. So expect 4GB of memory with enough room for up to 500 songs. The feature allows you to stream music when paired with Bluetooth headphones, no smartphone needed. It also give access to a few music streaming services.

Owners of the 945 can expect some new Firstbeat metrics. The one that appears in the leak is Load Focus. This separates your training load into different categories based on the intensity and structure of each activity recorded. Other metrics that could make their way to the device include Body Resources, Race Time Predictor and more.

We are guessing the 945 will probably come with an SpO2 sensor that was slapped on to Marq, Fenix 5 Plus and Vivosmart 4. This automatically takes blood oxygen readings during the night and on-demand at daytime. It’s also pretty certain to feature the new ELEVATE heart module.

As to a release date, it’s anyone’s guess. The frequency at which these leaks are coming in suggests an official reveal is not too far off. The other Garmin device we are expecting in the near future is the Forerunner 245. You can read more about it on this link.