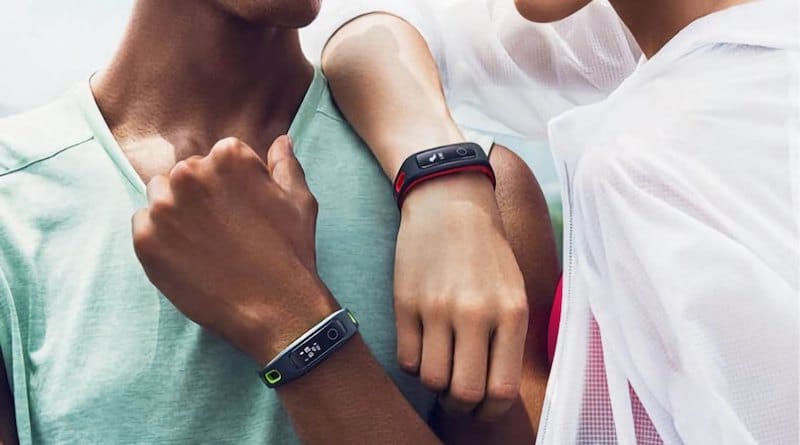 Huawei CEO has posted a teaser of Honor Band 5 on Weibo. The next generation fitness tracker retains the design of its predecessor, but is set to come with a slew of new health features.

The current version was launched at an event in China in September last year. The device is widely considered to be a great alternative to the Xiaomi Mi Band, as it comes in at a similar price point and specs.

Now we know the fifth generation device is well in the works. Huawei CEO Zhao Ming even posted a picture of the wearable on Weibo to prove it. The fact that this shows a working version indicates a launch should not be too far off. 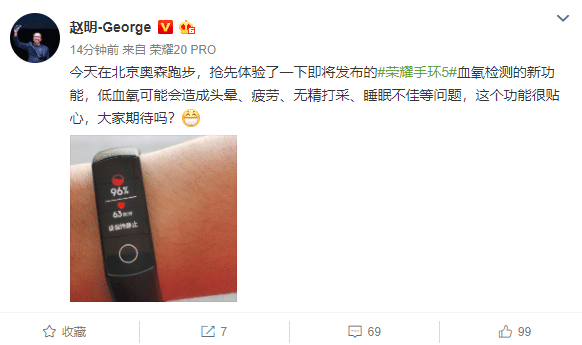 In terms of design, Honor Band 5 does not look too different from its predecessor. We don’t have the actual specs yet, but the 4th generation came packing a 0.95 inch AMOLED colour display. There’s also a circular, virtual button alongside the bottom edge. Both the colour display and button have been retained for the upcoming version. 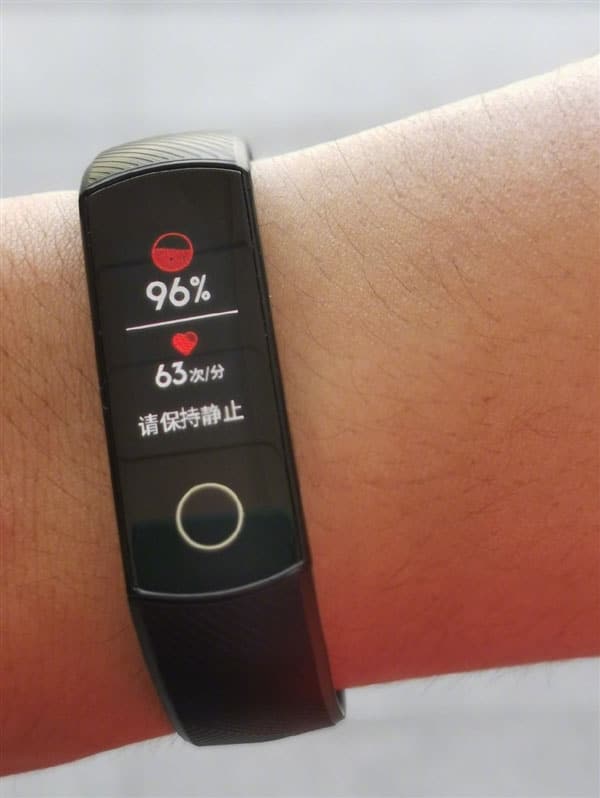 More interestingly, the CEO did reveal some novel features coming to the little fitness band. And they are definitely not what you would expect from a budget fitness band. Apparently, the fitness tracker will be able to detect your blood oxygen levels, monitor fatigue and listlessness, alert to poor sleep and even detect hypoxemia dizziness.

For those not in the know, this last one is a condition where your blood doesn’t have enough oxygen to meet your body’s needs. It’s typically a result of diseases that affect your heart or lungs. This can be a very dangerous condition.

Of course, we expect Honor Band 5 to come with all the great features of its predecessor. This includes keeping tabs on your activity, heart rate and sleep 24/7, and swimming thanks to its 5 ATM water resistance. Honor Band 4 also has the usual notifications for calls and messages and the function to mute incoming calls, as well as an NFC chip for on-the-go payments. All of this will surely make its way to Honor Band 5.

Last year the little gizmo launched alongside the Honor 8X smartphone. The Honor 9X is due to launch on July 23rd, so the official reveal of the Honor Band 5 may be just around the corner.