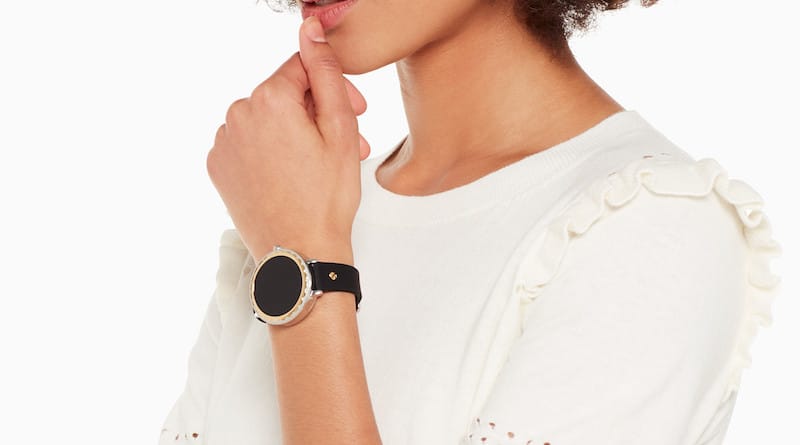 Fossil certified five new smartwatches with the Federal Communications Commission (FCC) back in June, and now has added two more model numbers to the registrar.

The FCC is an independent agency of the United States government created to regulate interstate communications by radio, television, wire, satellite, and cable. When a smartwatch appears in its registrar, it’s usually not long before it gets an official reveal.

Fossil Group devices carrying monikers “DW9K1” and “DW9P1” were added yesterday, on August 12th. The label info is typically enough to deduce the name of the sub-brand .

After the model number there’s a letter followed by a 1 or a 2. The letter F stands for Fossil, D for Diesel, E – Emporio Armani, M – Michael Kors, K – Kate Spade, S – Skagen, T – Tory Burch, etc. The number that follows reveals how many devices in that particular range. 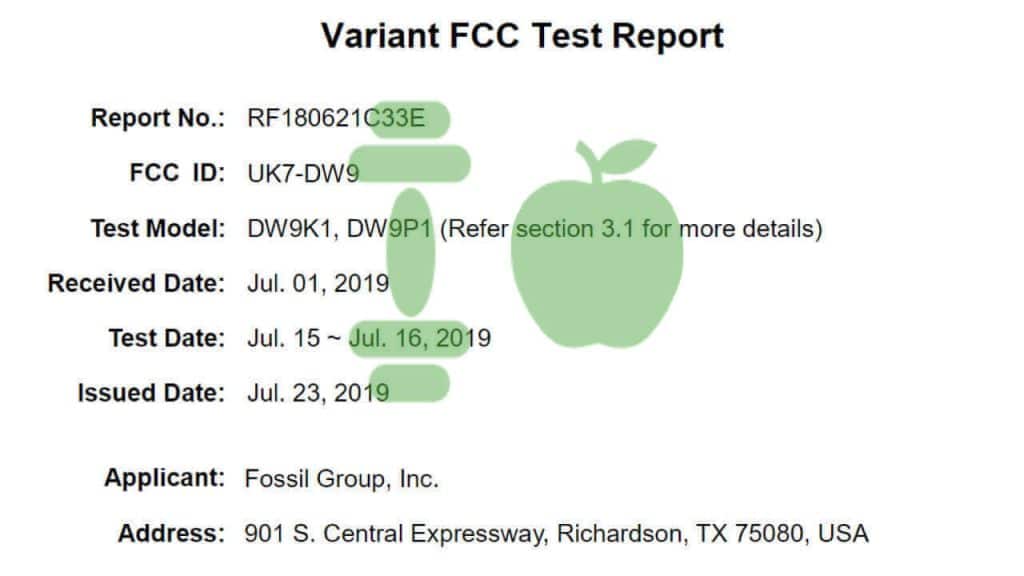 It’s pretty clear the DW9K1 stands for Kate Spade. Particularly as the Kate Spade New York Scallop had the moniker DW7K1. Which means its probably about to get hit by Generation 5 smarts. This includes a built-in speaker, longer battery life via smart battery modes, increased storage capacity and the Snapdragon 3100 processor.

The other device is a bit of a mystery as there are no obvious candidates for the letter “P”. Apart from Puma, that is! The two companies entered into a global license partnership agreement last year. At the time it was announced that a range of PUMA-branded sports-watches and other wearables are set to launch in 2019. Could it be that we are about to see the first Wear OS watch stemming from this partnership?

The FCC listing shows how to access the regulatory agency’s ID on the watches. This reveals that the process is unchanged from the current Wear OS generation running Android 8.1 Oreo and Android 9 Pie.

Back in June five other Fossil Group watches received FCC certification. This includes two watches from Michael Kors (with DW10M1, DW10M2 monikers), and one each from Fossil (DW10F1), Diesel (DW10D1) and Emporio Armani (DW10E1).

Just last week Fossil launched the 5th generation Carlyle HR and the more feminine Juliana HR smartwatches. Each of these comes in a number of different iterations.

This is obviously just the beginning and a whole bunch of other devices Fossil Group devices should land soon. Some of these probably in the coming weeks, ahead of IFA 2019.