Samsung has opened pre-orders of Galaxy Watch Active 2 on its website to coincide with IFA 2019. We strolled along to their stand at the Berlin gathering for a first look at their latest creation.

This time in 2018 the company proudly showcased their original Galaxy Watch. In a bit of a surprise, 12 months later we are seeing an updated version of Galaxy Watch Active 2. We say surprise because the first iteration was launched just six months ago.

Granted, the progress of technology is speeding up and wearable manufacturers are having to work overtime to stay competitive. But launching two subsequent generations of a smartwatch in such a short time is a bit ridiculous. Customers of the first generation device are probably not too thrilled.

Nevertheless, the new version is here and it looks gorgeous.

There are a few design differences to be aware of. No, the trademark bezel has not made a return. But you are now able to navigate the watch thanks to an even slicker solution. Now the black border that surrounds the screen functions as a touch sensitive strip.

The other option is simply to use the touch-sensitive display. By the way, the screen looks incredibly crisp and sharp. Its colours really bring the watch to life.

Unlike the original timepiece which came in only one size, you can now choose between two different iterations. The smaller 40mm diameter option has a 1.2 inch S-AMOLED display with 360 x 360 pixel resolution and Gorilla Glass DX+. The larger 44mm version comes with a 1.4 inch screen.

The remaining design tweaks include a round home/power button with a red circle around it, instead of rectangular one. The back of the watch has also received a revamp, and has a circular rim around the heart rate sensor.

The other decision you will need to make is between an LTE variant or the standard Bluetooth version. The first will allow you to make calls without your smartphone. That one also comes with a larger 340 mAH battery versus the 237 mAh of the Bluetooth-only version. However, you’ll probably need to charge both on a daily basis.

The watch takes across all the fitness tracking smarts of it’s predecessor so comes with an accelerometer, barometer, gyro sensor, HR sensor and light sensor. Samsung says the heart rate sensor has been improved. It now features eight photodiodes on the rear side allowing for better precision and low/high heart rate alerts.

Swimming has also been slapped on to the list of exercises automatically tracked, bringing the total up to seven. The others, you’ll need to start manually. For running, there’s a coach function which sifts through stats and spits out actionable advice in real time.

Finally, the watch will also be able to take an ECG reading. However, Samsung says this functionality will be enabled at some point in the future.

Oh, one more thing. As shown in the above image, the watch has a tiny hole between the two physical buttons. Behind this is where the microphone sits. You can use the microphone to speak a language you want to translate and access the smart assistant.

The original Samsung Galaxy Watch Active is a beautiful device that does a good job at tracking fitness whilst also providing some smartwatch functionality. The second generation looks to be an even worthier competitor to the Apple Watch. The changes are slight, but they are for the better.

Pre-order prices start at $279 in the United States on Samsung’s website. The watches are scheduled to ship out on September 27th. As mentioned, you can choose between a stainless steel Bluetooth version, or a lightweight aluminum LTE model. There’s also a healthy choice of straps and a special Under Armour version. 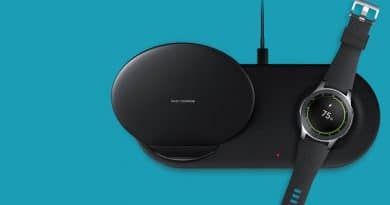 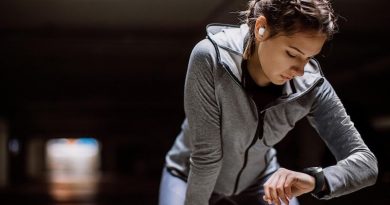 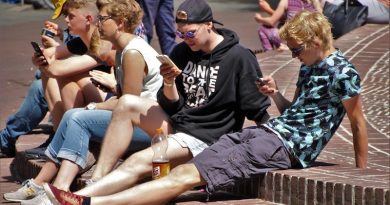