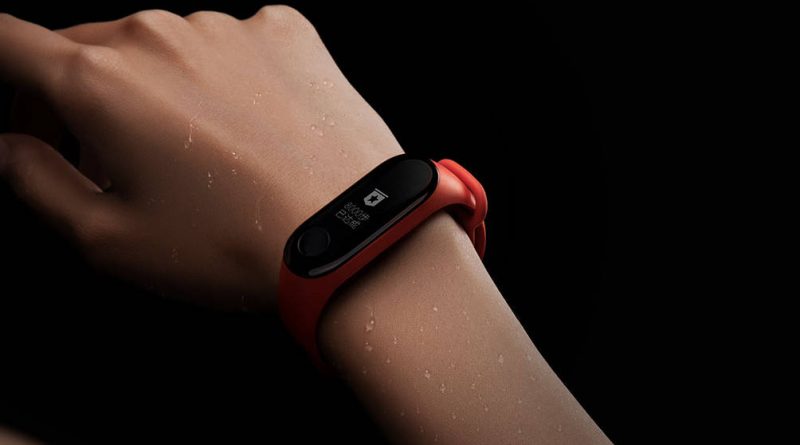 There has never been a better choice of wallet friendly fitness bands. The other day, we pitted the new Mi Band 5 vs Realme Band. Today, we compare Xiaomi’s latest device with Honor Band 5 and Oppo Band.

All of these activity trackers offer quite a bit for the money. Gone are the days when you had to spend an arm and a leg for something that will keep tabs on your activity and sleep with decent quality statistics.

Mi Band 5, Honor Band and Oppo Band are very similar in looks taking the shape of classic fitness bands. They feature a rubberized silicone strap and AMOLED display. It’s almost as if they are copying each other! They wouldn’t do that… Check out the pic below.

In fairness, a fitness band is a fitness band. There are only so many ways you can make it stand out from the crowd. Of the three, Honor Band 5 is the one with the most distinctive design featuring a more rounded shape.

Xiaomi Mi Band 5 and Oppo Band both come with a 1.1 inch AMOLED display with 126 x 294 pixels. They support 100% of the P3 color gamut and come with a 2.5D tempered glass panel to protect from scratches and accidental drops.

Honor Band 5 has a smaller 0.95 inch display with 120 x 240 pixel resolution. But that tracker was released almost a year ago. Our money is that Honor Band 6 will have a 1.1 inch display.

It’s worth pointing out that Oppo Band comes in a distinct Fashion version with a metal ring. This one looks very fancy and could almost be mistaken for a bracelet instead of an activity band. It is clearly the most elegant choice of the lot.

The excellent 5 ATM rating is the same for all three of these. This means they will survive down to depths of 50 meters.

Under the hood the devices share a pedometer and optical heart rate sensor, however Honor Band has a 6-axis accelerometer versus the 3-axis of the other two. Oppo Band and Honor Band also come with a SpO2 sensor for measuring blood oxygen. Mi Band 5 doesn’t support this but its extra is a a barometer for atmospheric pressure.

Next up is the all-important battery life and on this count the three do not disappoint. You can expect at least two weeks of battery on a single charge on all of them, a bit more on Mi Band 5. The trio also comes with optional NFC editions which reduced the battery life a bit.

Here’s a table illustrating the main differences in design and hardware between the Xiaomi Mi Band 5, Honor Band 5 and Oppo Band.

Xiaomi and Honor are on the fifth generation devices so they come with tried and tested technology and software ecosystem. Oppo is a new entrant but, at least on paper, it offers all the similar features. Which include the fitness tracking basics such as steps, distance, heart rate, sleep and much more.

As mentioned, the extra that you get with Oppo Band and Honor Band 5 is the blood oxygen feature, which is not something you’d expect to find on a budget device. There were some rumors Mi Band 5 would be getting this but they did not turn out to be accurate.

The feature performs measurements on-demand as well as automatically during the night. Such devices can even detect sleep problems related to oxygen depravation. For example hypoxemia dizziness is a condition where your blood doesn’t have enough oxygen to meet your body’s needs.

As good as Mi Band 4 was, Mi Band 5 should be better. For example, the company says its heart rate monitoring is now 50% more precise, and sleep tracking has been improved by 40%. There’s also a barometer this time around. Xiaomi says this is used to detect atmospheric pressure but did not say anything about the altimeter function for counting floors climbed.

Another addition on Xiaomi’s device is female health tracking. Users can track menstrual cycles for the first time in a Xiaomi product with a vibration alerts. Finally, there’s also a stress monitoring feature that can advise you when to adjust breathing.

All three of these fitness bands come with lots of sports modes. However none of them have built-in GPS so you will need to rely on your smartphone for that.

The non-fitness features are pretty standard. They include notifications for calls and messages and the function to mute incoming calls, lots of band faces, app notifications, music controls, alarm, find my phone and more. The three also all offer an optional NFC edition that sports a chip for payments on the go.

Mi Band 5 improves on Mi Band 4 in a multitude of ways. We expect it to be a best seller. Honor Band 5 has also been a popular choice since its launch in July 2019. Oppo, as the new entrant, is going against some big-name brands.

On paper, all three of these offer very similar specs with lots of sports modes. The advantage of the Oppo Band and Honor Band is the SpO2 sensor. Xiaomi’s extras are the barometer, female health tracking and slightly better battery life. Its software system is also the most established of the three so, unless you need the blood oxygen feature or are a fan of the other brands, this is the one to go for.

One thought on “Xiaomi Mi Band 5 vs Honor Band 5 vs Oppo Band: here’s how they compare”