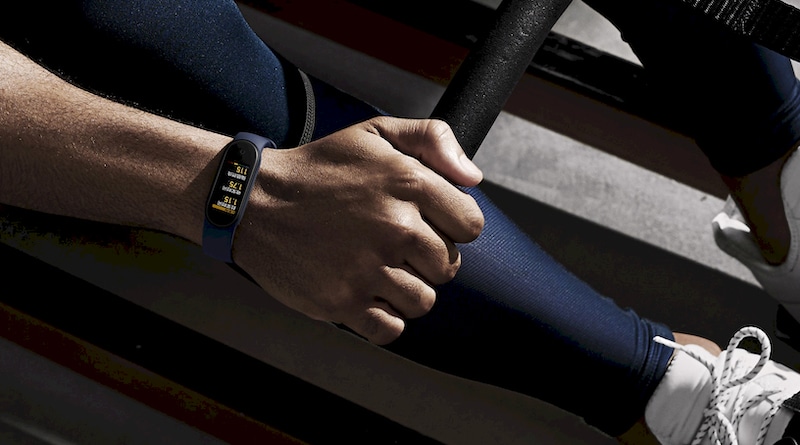 Realme’s entry into the fitness tracking space is a budget activity band. Launched in March, the tracker comes with a heart rate sensor, multiple sports options and great battery life. The company followed this up with their first smartwatch a couple of months later.

Xiaomi is no stranger to the wearables space. Its Mi Band is currently one of the best budget fitness trackers around. Now we’ve just seen the unveiling of generation five, and it has pretty much all you need for basic activity tracking.

Realme’s unveiling has brought some compelling competition in the low-cost activity tracker market. Here’s how its device compares with Xiaomi Mi Band 5.

With their rubberized, no-nonsense designs there’s no mistaking what these two are. They come across as typical fitness bands. But Xiaomi Mi Band features a more square-ish look, while Realme Band reminds very much of Fitbit Inspire HR.

Both of these come with a color display. The one on Mi Band 5 is larger, coming in at 1.1 inches versus 0.95 inches. There’s also a difference in the display quality. Xiaomi has a slightly more high screen which features 126 x 294 pixels. Realme’s only has 80 x 160.

Another difference is navigation. Xiaomi’s device has a full touchscreen in addition to a physical button. You will be restricted to using only the physical button on the Realme band.

Coming in at around 20 grams with the strap you’ll hardly feel either of these two on your wrist. Xiaomi Mi Band 5 beats Realme Band in terms of water-resistance, though. Its 5 ATM rating will hold down to depths of 50 meters. Realme’s device has a IP68 rating, which only guarantees protection in water up to 1.5m deep.

Neither has an overly premium look, but you can dress them up with different colored/material bands to customize them to your liking. If you’re after a sporty look, you’ll be happy.

Next is the all-important battery life. Mi Band 5 will keep going for up to 20 days on a single charge thanks to its sizable lithium ion battery. Realme Band only has a 90 mAh battery. Up to 9 days of fitness tracking is what you can squeeze out of this.

The two are charged differently. In the case of the Realme, charging is done by sliding out one end of the silicone band. This reveals a USB-A connector which can be plugged into a USB port which offers the convenience of there being no cords to lose or get tangled in. In the case of Mi Band 5, charging is done via a a magnetic charging dock. So there’s no need to pop the unit out of the band like on the previous generation

Here’s a table illustrating all differences in design and hardware between the Xiaomi Mi Band 5 and Realme Band.

Xiaomi Mi Band 5 and Realme are decent options for someone looking for a budget fitness band. They’ll both have you covered around the clock and can track a wide variety of sports. You’ll get 24/7 heart rate monitoring, tracking of steps, distance travelled, active minutes, calories burned, sleep and inactivity reminders.

An advantage of Xiaomi Mi Band is that it comes with Connected GPS. This means it has the ability to tap into your smartphone’s satellite signal. This provides for more precise distance tracking when exercising outdoors.

Mi Band 5 also dishes out more detailed sleep tracking statistics and identifies sleep abnormalities, it comes with female health tracking, a barometer and a tried and tested software eco-system. This is Realme’s first fitness tracking effort so its software is new.

In terms of smart functionality, Mi Band also has an edge. Just like Realme it has smartphone notifications, alarms and different watch faces. But it also comes with an iteration with built-in NFC. This can be used for making payments through AliPay and WeChat Pay. Plus it has the advantage of smartphone music control and a “Find my Band” feature in the app if you having trouble locating the wearable.

The Realme Band is a slightly cheaper alternative to Xiaomi Mi Band 5. But let’s face it, neither of these two will break the bank. The first sells for around $25, the second for $40 (check price on Amazon).

We therefore suggest you go for Xiaomi Mi Band (view on Amazon). If, on the other hand, you are on a tight-budget or are already a fan of Realme products, it might make more sense to stick with their brand. 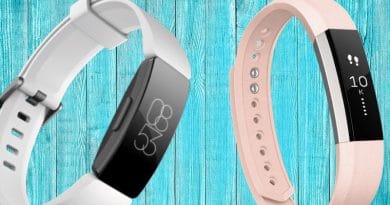 Fitbit Inspire HR vs Alta HR: should you upgrade? 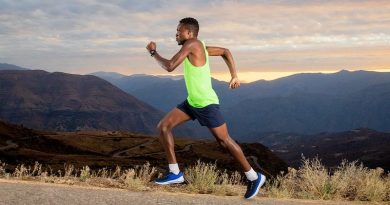 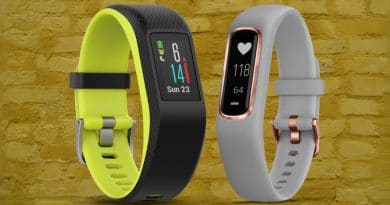