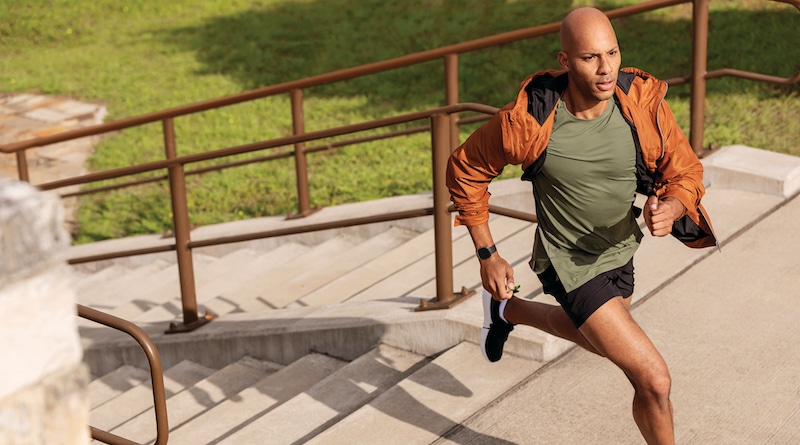 Fitbit Sense and Versa 3 come with built-in GPS which allows for phone-free running. But do they also have the ability to store music for offline playback like Ionic?

Fitbit’s latest devices can be pre-ordered now for shipping towards the end of September. Sense can probably be considered as the successor to the Ionic. The later is a popular device, that was far ahead of its time when it was launched back in September 2017.

For a long time it was the only Fitbit device with built-in GPS. That, of course, has changed with the launch of Charge 4 and now Sense and Versa 3.

The other great Ionic feature is that it has offline storage for music. Around 2.5GB of it which is enough for around 300 songs. This is done by downloading music from Pandora or transferring it manually from a Mac or Windows PC. You can then play songs back to Bluetooth wireless headphones for a perfect phone-free experience.

Can music storage also be found on Sense and Versa 3?

Sense and Versa are full to the brim with fitness sensors, particularly Sense. They come with a multi-path optical heart rate sensor (that allows for raw HRV readings), ECG sensor, EDA sensor, skin temperature sensor, SpO2 and much more. So in that aspect Sense and Versa 3 are a vast upgrade over the aging Ionic.

But what about offline storage for music? The watches, of course, have storage because they have to handle the OS and other things. But can some of this be used for songs? Here’s what Fitbit has to say. 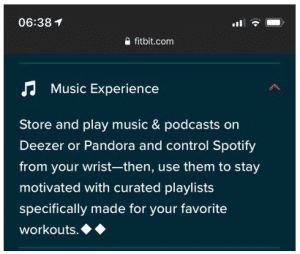 So the short answer is – no. It’s not possible to store your music playlists on the Sense and Versa 3 like you can on Ionic.

There’s a way around it, though, but it is not ideal. Deezer allows you to upload your MP3s to the platform so you then have access through the service. Pandora Plus or Pandora Premium have this as well, but there’s a monthly cost for all of these premium accounts. Spotify only allows you to control music from the watch so you need an internet connection.

Those that like to run or cycle without their phones would love to see offline music support. It is a silly thing to overlook, especially considering the new watches have built-in GPS.

Hopefully in the future music storage is implemented as a software update. In every other aspect, Sense and Versa 3 are a big upgrade over anything Fitbit has manufactured so far.

Amazon has opened orders on all new Fitbit devices. You can check out the prices on this link.

One thought on “Can Fitbit Sense and Versa 3 store music like Ionic?”