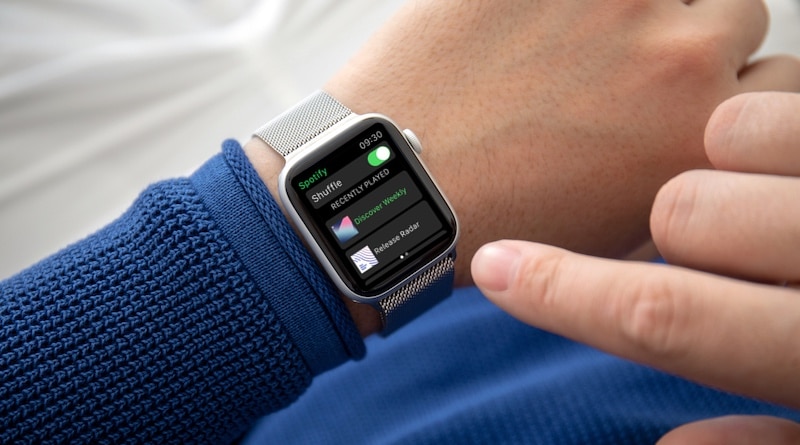 An update to the Spotify on Apple Watch is making its rounds – standalone streaming over WiFi or cellular without the need for an iPhone.

The app made its debut back in 2018. However, this was with limited functionality which included controlling playback on the phone, shuffling music and choosing from recently played tunes. Users can also connect to speakers or devices via Spotify Connect for a bit of DJ-ing.

This is what Spotify had to say at the time.

“We know the importance of having music on the go, which is why we’re excited to bring a new Spotify app to our highly mobile users on Apple Watch.”

“With this new app, users can enjoy an improved experience with better control and the ability to seamlessly connect to your speakers or devices.”

The ability to listen to music and podcasts offline was, however, missing. This is an important feature that allows Premium Subscribers to sync songs for listening without a smartphone nearby. Spotify said the functionality is set to land via a future software update.

We are still yet to see this but a new update will allow for untethered streaming. As first reported by 9to5Mac, the company had apparently been testing the feature over the past few months. It allows users to listen to Spotify without an iPhone. This works both via WiFi and cellular connections.

“We’re focused on developing experiences that enable users to listen to Spotify wherever and whenever they want – regardless of the device or platform. After an initial testing period, we are now rolling out streaming capabilities for Spotify on the Apple Watch,” a Spotify spokesperson told TechCrunch.

The software will be pushed out gradually, so you’ll need a bit of patience if it is not available in your region. The app can be found on the App Store. Now all they need to do is add offline music on the watch!