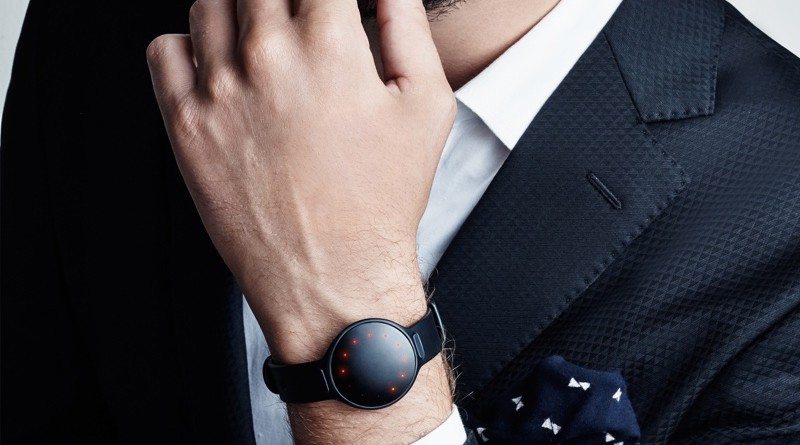 Earlier this week, Misfit announced its next generation fitness wearable, the Shine 2. This is the first major update to Misfit’s wearable line-up in two years.

Like the original Shine, the new device can monitor steps, sleep quality, calories burned and distance travelled. The device retains water resistance up to 50 metres and it has the same six-month battery life as its predecessor. Misfit Shine 2 is however a bit larger in diameter, and also thinner. The round disc, which slips into a rubber band now comes in carbon black and rose gold. And the circle of 12 tiny LEDs now lights up in different colours, showing different patterns for different types of notifications.

Not all updates are cosmetic in nature. In addition to the standard tri-axis accelerometer, Shine 2 sports a more powerful processor and a vibration motor that acts as a silent alarm. It also gives you a nudge if you’ve been stationary for too long, something that more and more activity trackers do. The device now contains a magnetometer which means that it offers great accuracy in tracking movement, and calculates distance travelled more accurately.

Misfit has emphasised that battery life will remain the same, despite the inclusion of the vibration motor.

I don’t know if there are any other devices other than the Shine 2 with the same battery life that also do vibrational feedback,” says Misfit spokesperson Amy Puliafito.

California-based Misfit offers a range of health and fitness activity trackers. The first device one offer was the Misfit Shine, which was then followed by Misfit flash and a number of other devices. The company has also introduced a steady stream of accessories and new colours for its devices, including shirts with a pocket for the shine and socks with Shine pouches. The most recent addition to the Misfit family is the Speedo Shine – a new activity tracker designed specifically for swimmers.

With zero cables, an elegant design, and no need to recharge – the Shine is one of the best-looking, lowest-maintenance activity trackers. The device, which tracks a good deal of activity, can be worn anywhere as it is very small and light. Misfit made activity tracking accessible for everyone with the Shine.

As something to look at, the Misfit Shine really works and we love its low-maintenance status and reasonable price. Although it doesn’t include more advanced features such as heart-rate monitoring, for people who want to be more proactive about their health and are interested in basic information but don’t want to wear on obvious device – the Misfit Shine may be a good fit.