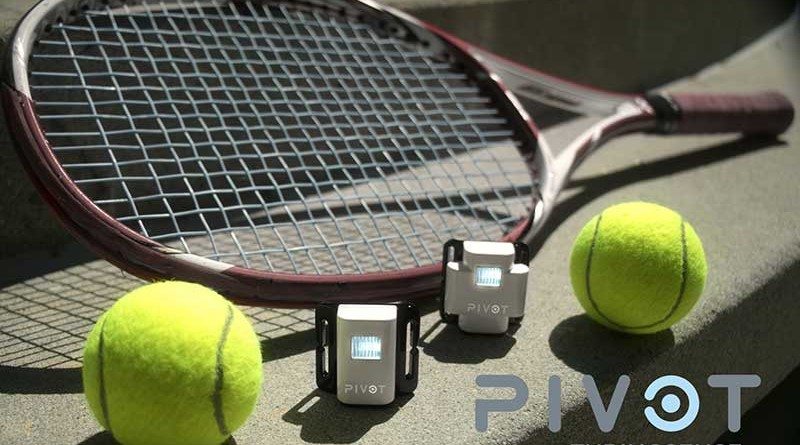 With more and more companies coming out with tennis gadgets and trackers, bringing tennis to the information age through recordable stats and identifiable metrics seems to be the next frontier in the game.

We have published a number of reviews of individual products such as the Sony and Zepp tennis sensors, and Babolat Play Connected. We have also compared the three sensors and have placed the Babolat racquet slightly ahead of the other two. Babolat has recently released a new tennis gadget. The Babolat Pop, as it is called, is the world first connected tennis wristband.

The competition, however, doesn’t stop there. Pivot, a Silicon Valley sports company has entered the race with its own tennis tracker. The company is currently raising funds on Indiegogo.

The Pivot tennis tracker promises to improve a player’s game by recording 360 degree motion, preventing injuries and collecting statistics on a wide range of performance metrics including footwork, body position, elbow bend, knee bend, and more. While current products attach one sensor to a tennis racquet, Pivot uses multiple sensors to recreate joint and body movements. The sensors attached to different areas of the body or clothing.

“I was passionate about using technology to help players be injury free after sustaining numerous injuries as an advanced tennis player,” said Dr. Joe Chamdani, co-founder, CTO and college player.

“With a great team, many who are also advanced athletes, and tenacity and hard work, we created Pivot. Its motion capture, analysis and 3D capabilities let trainers stop at-risk moves, preventing injuries.”

The device records full body movements by leveraging multiple 9-axis sensors and proprietary data capture software. Each sensor has an accelerometer, gyroscope, and magnetometer to process up to 1000 data samples per second. You can watch back the action and see the analysis on the companion app. The technology alerts players of improper technique to prevent patterns that cause chronic injuries.

Have a look at the video.