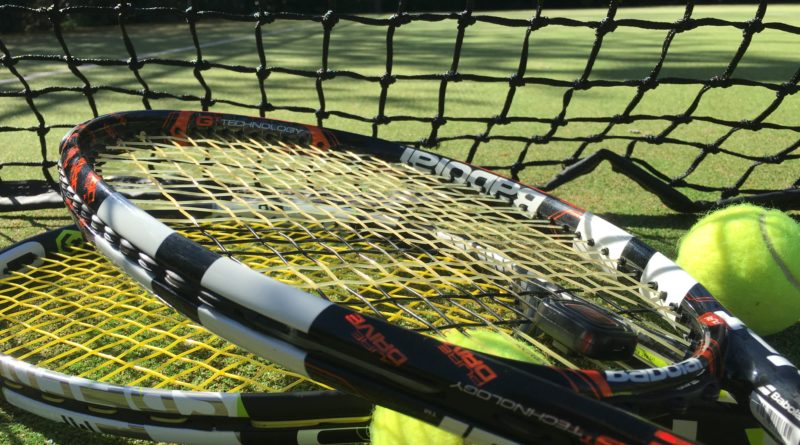 There is a battle going on right now for your tennis racket. This is definitely good news for aspiring tennis players and hobbyists, who may have noticed the increasing number of gadgets and tennis sensors related to this sport.

Even though the merging of technology and tennis is still in its infancy, a few early contenders attempting to redefine how we approach and train for the game have already emerged. These are:

We will not go into too much detail here on the strengths and weakness of each – if you are interested in detailed reviews, you can check them out by clicking on the links above.

So back to the question – how do the existing connected tennis trackers actually stack up against each other? How do you choose the right one for you? Well, we have done test runs after test runs for months now and are here to help.

The Babolat Play Connected tennis racket looks and feels exactly like its more traditional counterpart – the weight and feel of the racquet is exactly the same. Which means, if you are the owner of the conventional version of the racket, you will not notice any difference if you transition to the connected version.

Sony and Zepp sensors, on the other hand, need to be attached to the butt of the racket – with the Sony sensor feeling more secure when fastened, and more discreet of the two.

The Qlipp tracker is a different animal altogether. It sits on one side of the string bed, and on the other side you have the plastic clip, essentially functioning like a vibration dampener. We have awarded the Qlipp only three stars though, due to difficulties with attaching the sensor on/off the string bed. Also, if you are super sensitive to the weight of your racket, 8 grams might make a difference. It didn’t make any difference to us.

One benefit of purchasing the Sony, Zepp or Qlipp trackers, is that you can secure them to pretty much any tennis racket. Which means that you can probably keep using your existing equipment, as long as you are not planning to dust off the old wooden tennis racket sitting in your garage.

We have ranked the Sony and Qlipp tennis sensors slightly above the other two as we have run into least difficulties in using them. The sensors never fell off, we never had any problems connecting to the app or losing session data. For added ease of use, the Qlipp is currently the only tracker that provides real time information via the Apple Watch and Android Gear.

We have lost session data on a couple of occasions with Babolat, particularly if the internet connections drops during sync. So make sure you have a good internet connection when syncing the data. And the Zepp sensor has been known to fall off during play.

In terms of the software provided by the four manufacturers, the Qlip tennis sensor app is slightly ahead of the pack. Everything is clearly laid out, and the app is very intuitive. Babolat has been releasing firmware updates so is quickly catching up.

All four devices offer detailed statistics that provide standard breakdowns of shots. However they display and analyse this information in widely differing ways. This means that it is difficult to offer a direct comparison which would allow us to determine which device offers the best and most accurate information.

In terms of usefulness, Babolat and Qlipp are neck and neck in this category. Babolat has its own unique metric, the ‘pulse’ rating, which allows you to track your progress over time. Qlipp has a similar metric and also offers a ton of other information including a detailed log of each shot you take.

The Sony and Qlipp apps provide a video recording feature, which overlays your stats on top of the video. This is a great tool for finding out what you’re doing great and what you need to change, and both manufacturers are the only ones to place an actual value on the power of your shots (in terms of actual speed). The other two only provide the user with a per cent estimate (apart from serves on the Babolat). Generally a best-case scenario figure that top pros can achieve.

The best unique feature in our opinion would be the social element of Babolat Play and its overall ‘pulse’ rating, the live video mode offered by Sony and Qlipp, and the 3D motion tracking offered by Zepp. And don’t forget the smartwatch compatibility of the Qlipp.

In terms of accuracy, all four manufacturers claim to provide precise measurements. It would make logical sense for Babolat to be most precise, considering its sensor is built into the racquet, which means that it is tailor made for the equipment. The Sony only works with a specified range of rackets, while the Qlipp and Zepp work with all tennis equipment. While there was no way to scientifically prove this claim – our impression was that the data that Babolat provided is indeed the most precise out of the four.

But, does this really matter? The goal of these sensors is to improve your game over time. As long as you are consistently using the same device, you are comparing like with like. Which means your trends over time will show whether you are improving or not.

The Babolat and Qlipp sensors are the ones that provided us with the most motivation to get back on court, due to their overall current ‘tennis ability’ scores. This means, each time you step on the court you have something to aim for. And you can view your trends over time to see how you are improving. The integrated social function of Babolat is also a nice touch as it allows you to compare your game against their large community of players.

While the data that Sony and Zepp provide is certainly interesting and useful for improving your game – the motivation to improve on the previous session data was trailing in comparison with the other two.

And its game, set and match for…

But hold on – if only it were that simple!

Babolat is our choice for the very advanced player. For most players, including club level players, we would actually suggest the Qlipp or Sony tennis sensors – particularly as they are the less expensive options, and work with a wide range of rackets, some of which may suit your game better than the Babolat racket (or which you may already own).

Unless, of course, you are very very serious about your tennis, and aiming to compete for the Wimbledon title one day. In which case forking out for a professional tennis coach is the best option.

This is only the beginning – and we are witnessing baby steps into a brand new world where technology will totally redefine how we approach sports. A number of strong contenders with compelling, and more importantly, useful products have already emerged in the sport of tennis.

We are very excited where this technology will lead us in the coming years. If this is the first generation of tennis sensors, we can’t wait to see what the future holds in store.

5 thoughts on “The battle of the tennis sensors”