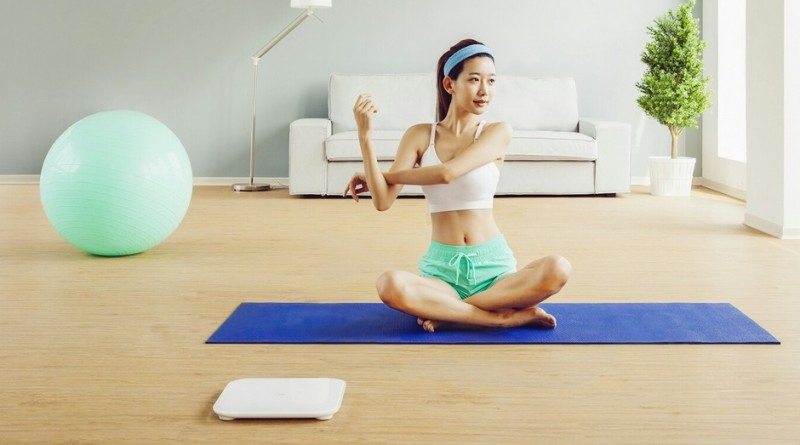 Chinese gadget maker Xiaomi is making its mark in the connected fitness market with another budget device – a smart scale. The scale was launched in early 2015 and originally sold only in China. It has, however, made its way across the border, which means can you buy it now on Amazon. Although not as feature rich as some of the other connected scales, at around $60 the Xiaomi scale sells at about half the price of leading brands such as Withings and Fitbit.

Essential reading: A roundup of the best smart scales on the market

The scale tracks both weight and body mass index, and connects to Xiaomi’s Mi Fit iOS and Android apps, so users can track their weight over time. It’s a Bluetooth enabled scale that goes well with the Xioa-Mi wrist band. They share the same application. You can manage the weight of up to 16 people with its app, so its suitable for the whole family.

It should be noted, that the scale does not track body fat -something that has become a standard with most smart scales. The accuracy of scales which measure body fat measurements should, however, be taken with a grain of salt as they can be inconsistent and inaccurate at times. If you are interested in tracking your body fat with more precision, we suggest reading our article on the Skulpt Aim.

Xiaomi says the scale, which is powered by 4 AA batteries, is extremely sensitive and can track your weight down to 50g, or roughly a tenth of a pound. This means that the device can register the weight change after you drink a bottle of water.

The scale has a built-in LED display that lights up when the users steps on. There are 161 LEDs inside the device to show off the weight in pounds as well as kilograms. The overall body, which has a smooth design and round edges, is protected by tempered glass panels and the display is embedded into the body.

This is a great product for the price.

This isn’t Xiamoi’s first venture into connected fitness. The Chinese company’s original Mi Band was announced in August 2014. The device has a retail price of around $15-$16, a reported 30-day battery life, can act as an alarm clock and tracks your fitness and sleep. Late last year, Xiaomi announced the Mi Band 1S – the same low cost fitness tracker that now uses a light-based PPG (photoplethysmography) sensor to measure your body’s blood flow.

It’s been just five years since Xiaomi was founded. This Chinese manufacturer has become the 4th largest global smartphone maker since then. Fitbit, Apple take note. Xiaomi is continuing to slash the price of wearable technology and smart home devices.