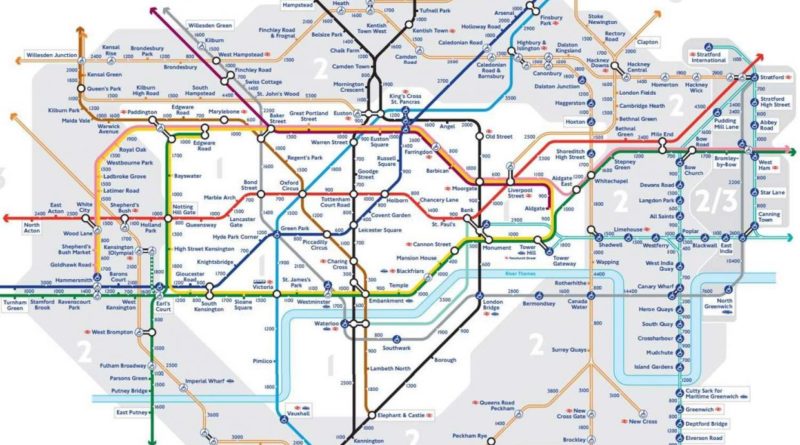 In a effort to encourage Londoners to walk more, Transport for London (TfL) released a map showing walking distances between stations in Zones 1-3.

The main goal here is obviously to ease pressure on the capital’s packed transport network. ‘Walking can be a quick and easy way to get around, particularly when travelling during the busiest times, which are 08:00-09:00 and 17:30-18:30 Monday to Friday,’ a note on the map says.

The map shows that there are many stations in Zone 1 that are fewer than 1,000 steps apart. For example, it only takes 700 steps to walk from Oxford Circus to Bond Street and 300 between Charing Cross Station and Embankment.

There are also much longer journies such as the one between Canary Wharf and Canada Water station which would, at 14,400 steps, take you well above the recommended daily goal of 8,000-10,000.

“We need to make it easier and more enjoyable to walk around London. The new steps map will encourage more of us to walk short journeys instead – it’s good for our health and it will help support London’s small businesses,” said London Mayor Sadiq Khan.

“We’ve made clear our commitment to tackle air pollution and get more walking and cycling in London, and this is a fun and practical way to help busy Londoners who want to walk more as part of their everyday lives.”

The Tube network is expected to handle 1.3 billion passengers this year, well up on the 800 million 15 years ago. The figure is expected to rise to 1.7 billion over the next decade, a result of the expected 15% rise in London’s population during this period.

The new guide was created by TfL to complement its Walking Tube map, which was launched last year to show walking times between stations.

Check out the full maps on the TFL website:

Journeys that would be quicker if you walk