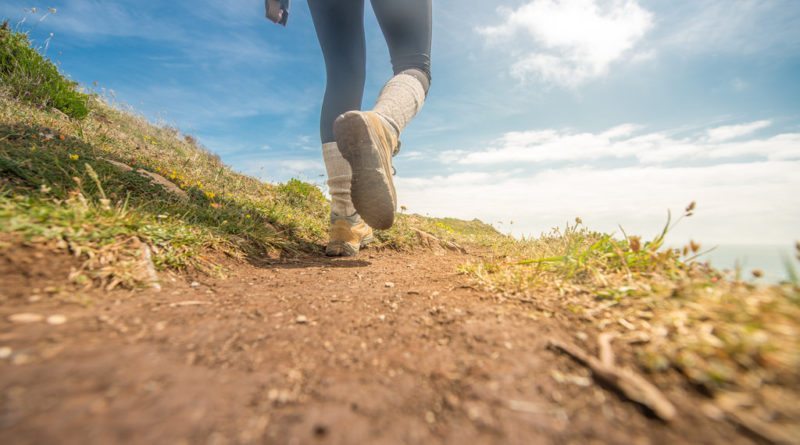 For those of us who never leave home without a fitness tracker, we are well aware that a daily target of 10,000 steps per day is the number people typically aim for. It takes over 2,000 steps to walk a mile, so 10,000 steps would be almost 5 miles. But is there any medically proven reason to embrace this number? A new research report says – not necessarily and not in every case.

Walking 10,000 steps per day for health and weight loss was originally popularized more than half a century ago in Japan. Pedometers became all the rage in the run-up to the 1964 Tokyo Olympic games. At the time, a Japanese company came out with a device called a ‘manpo-kei’, which roughly translates into ‘10,000 step meter’. The ‘manpo-kei’ became a business slogan which resonated with people. Since then, 10,000 steps has become a commonly acknowledged goal for daily fitness across the world.

But what do official sources say?

How many steps should we aim for? It is not a simple answer and it really depends on which source you go to. The US Department of Health and Human Services recommends at least 150 minutes a week of moderate aerobic activity or 75 minutes of vigorous aerobic activity. This equates to roughly 7,000-8,000 steps per day.

The UK National Obesity Forum says that a person who walks between 7,000 to 10,000 steps a day qualifies as “moderately active”.

Japan’s Ministry of Health, Labour and Welfare recommends a daily walk of 8,000 to 10,000 steps. So all of these various sources quote fairly similar figures.

Now we have a new report that was published in the March 2nd edition of The Lancet which sheds some more light on the subject. It collates information from 15 different studies which looked at around 50,000 people aged 18 and over. The goal was to figure out how many steps to aim for in order to increase adults’ health and longevity.

It turns out, for adults 60 and older, the all-cause risk of death leveled off at about 6,000-8,000 steps per day. Obviously, the older you get the lower you can set your target. Those younger than 60 saw the risk of premature death tail off at between 8,000-10,000 steps per day. So these figures pretty much tally up with the above official recommendations. Basically, there is a incremental reduction in the risk of death – until a certain number where this begins to level off.

The study split the 50,000 people into four groups depending on their average daily step count. The first group averaged 3,500 steps; the second, 5,800; the third, 7,800; and the star performers, 10,900 steps per day. As compared to the lowest quartile group, people in these other groups experenced anywhere between 40 and 53% lower risk of death.

But it doesn’t end there. Unlike some other studies, this one found that the pace at which you walk does not matter. Rather than walking speed – it is the number of steps which shows a link to a lower risk of death.

This research report builds an another study published last September in JAMA Network Open. That one found that walking at least 7,000 steps per day reduced middle-aged people’s risk of an early death.

So what target should you aim for?

Aiming for 10,000 steps is a worthy target and a nice round number. But there is no one-size fits all approach and your step goal can shift over time. It depends on many factors such as your weight, age and health, for example. Generally speaking, most of us would benefit from walking more. The average American walks around 5,000 steps a day, significantly less than the recommended figures. Some do quite a bit more, and for them 10,000 steps might not be much of a target.

Essential reading: Why sitting is slowly killing you, and what you can do about it

Unless you have a very active lifestyle or profession, it is difficult to log 10,000 steps just with daily activity. You would need to achieve this by one or more sustained walks or runs every day lasting around 30 minutes. That roughly corresponds to the minimum daily exercise recommendation by most health authorities to reduce health risks.

Sometimes overlooked as a form of exercise, walking can improve your health, help you build stamina and burn excess calories. Research suggests that the more activity you do the better. So go on, challenge yourself.

A recent study on postal workers in Scotland suggests we should set our aims high – if we can, of course. Published in the International Journal of Obesity, scientists strapped fitness trackers to 111 Glaswegian mail carriers aged between 40 and 60. It found that those mail carriers who covered at least 15,000 steps, typically had normal body mass indexes and no heightened risk for cardiac disease.

While these findings do imply that there are good reasons to get up from our desk chairs, if you’re not very active you should build your steps gradually. No one expects a higher number on the first day! The Mayo Clinic recommends that people using pedometers first set short-term goals, such as taking an extra 1,000 steps daily for one week, and then build up to a long-term goal such as 6,000, 8,000 or 10,000 steps.

And remember. Sure, 10,000 steps is great. It burns about 400 calories. But if you follow that up with a 500 calorie hamburger, you will be back right where you started!