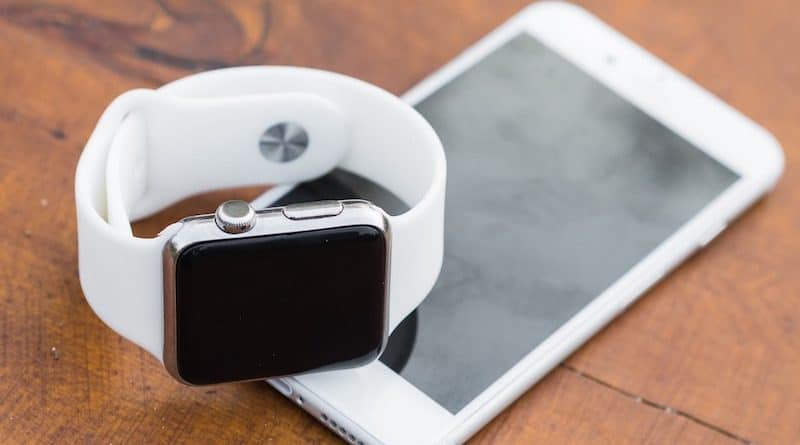 The Apple Watch may soon have the ability to keep tabs on your respiration rate.

With rumours abound on features we can expect to see in Apple Watch 3, the US Patent & Trademark Office released yesterday a new patent application from Apple titled “Measuring Respiration Rate with Multi-Band Plethysmography.”

First spotted by Patently Apple, the application outlines a system which would obtain a photoplethysmogram (PPG) signal from a pulse oximeter, using a light emitter and a light sensor to measure the perfusion of blood to the skin of a user. Furthermore, multiple wavelengths of light could be used, longer for deep blood vessels and shorter for shallow blood vessels.

These types of measurements are particularly difficult when there is movement as there is noise distortion. Apple hopes to overcome this by receiving light information from two light sensors situated in a line parallel to the direction of the blood pulse wave. Subtracting the data between the two sensors would result in a noiseless heart rate signal. The information would then be used to determine the respiratory rate of a user.

The patent indicates that the device could be held in the user’s hand or worn on the wrist, suggesting we may see it in an upcoming version of Apple’s smartwatch. This is, however, just a patent application that has been made public, so its anyone’s guess whether it actually makes it into a commercial product.

Essential reading: Our quick verdict on the Apple Watch Series 2 as a fitness tracker

What is definite is that the Cupertino outfit is shifting focus and is boosting its health and fitness aspirations. If you are a runner or swimmer you no doubt appreciate the GPS connectivity and waterproofing of Apple Watch Series 2. While the Cupertino company didn’t deliver a significant design refresh in 2016, new components in watch make it better, while software upgrades makes it smarter and more useful. Health and fitness tracking functionality is going to be extended further with watchOS4.

The full patent application can be seen here.