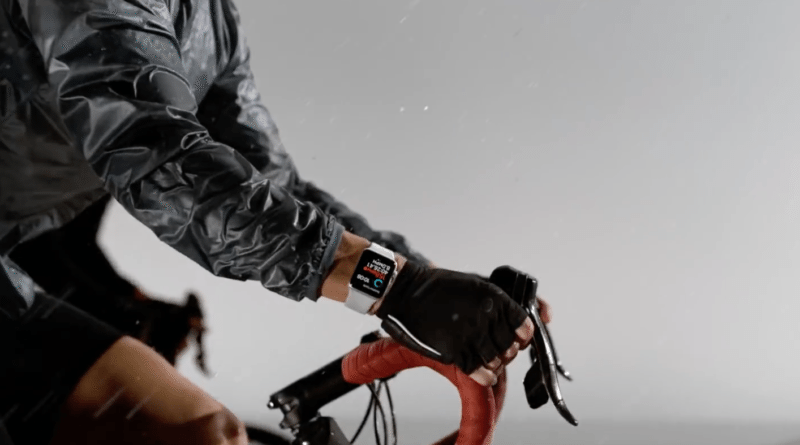 Lets face it. You don’t really need an Apple Watch. It’s still a luxury item rather than a necessity for those who want a bit more freedom from their smartphones.

Despite huge expectations, the smartwatch category has seen a slowdown in sale this year. The fall was almost entirely due to the Apple Watch which saw a 55% year-on-year decline during Q2 2016. To be fair, Q2 2015 coincides with the release of the first generation device so the fall was not entirely unexpected. Despite this the Apple Watch has managed to become the second most popular watchmaker in the world, behind Rolex.

The past has thought us, the second generation of an Apple product is always a big step up from the first one. While the Cupertino company didn’t deliver a significant design refresh this year, new components in Apple Watch Series 2 make it better, while software upgrades makes it smarter and more useful. You finally have a better reason to want an Apple Watch.

Side by side, it is difficult to spot the design changes in the second generation device. Those who have a better eye for detail will notice that Apple Watch Series 2 is slightly thicker (to accommodate the larger battery), and there is a new air vent on the side of the device. More importantly, the display is two times brighter so it’s easier to see what’s on the screen when in bright, direct sunlight. If you use Apple Watch for outdoor workouts, you will appreciate this change. Series 2 also adds more case and style options.

While the design upgrades alone are not a reason to purchase the Series 2 model, there are a few key differences which make the new Apple Watch a compelling buy.

Although you could technically wear the previous Apple Watch in the shower, you are finally free to read your emails while taking a bath.

Yes, the Apple Watch is water resistant now, and it also comes with its own Pool Swim workout mode.

The company has developed all-new algorithms to count laps, track average pace and auto-detect stroke type to measure active calorie burn. It even locks onto GPS when your arm is above the water for more precise data. The model has been tested with machines to prove it can withstand constant use in the pool or sea, as Apple proudly showed us at the launch event.

In order to make the second generation device swim-friendly, the design has been updated with seals and adhesives to stop water getting in. Because water collects in the watch speaker while swimming, when you’re done you’ll need to do a bit of work to get it out. And Apple has come up with an innovative way to do this.

Open up the Control Centre on the device and tap the Water Lock button. This allows you to turn the Digital Crown to unlock and eject the water. You will hear a series of tones and a beep. Those sounds generate vibrations that create air that spits the water out of the speaker housing.

It has built-in GPS

The Apple Watch’s integrated GPS is great news for runners. You can now leave your smartphone behind when going for a jog or a walk in the park.

With this change, Apple has attempted to make the watch a more serious rival to Garmin and Polar. This means the watch will record precise distance, pace and speed for outdoor workouts such as walking, running or cycling, without needing an iPhone.

GPS connectivity is quick as the watch uses a combination of Wi-Fi, GPS and locally stored satellite data to quickly identify your location. Once you have completed your run, you are able to view a colour coded (to show variations in speed) route map on your smartphone.

It has a faster processor

The first Apple Watch was slow, and at times – really, really slow.

Under the hood of the Series 2 wearable, Apple has upgraded its innovative System in Package (SiP) with the S2 chip. This boosts performance by up to 50%. A new GPU has also been added, which delivers up to two times greater graphics performance.

Launching apps is faster, restarting the Apple Watch is faster, doing pretty much anything else is noticeably faster. The virtual assistant Siri actually becomes useful now, faster at addressing queries and more accurate at understanding you.

It has improved battery life

The Apple Watch Series 2 battery performs better than the first-generation despite the bump in specs. Apple’s technical specifications suggest the watch has enough juice to run for about 18 hours, but in reality you will find it lasts much longer. If you are not using GPS and Bluetooth music streaming, don’t be surprised if you find yourself with 40% of watch life left in the evening.

GPS in particular will drain the battery. The Apple Watch Series 2 is rated for about 5 hours of use with GPS – the Cupertino company has apparently designed the watch to last through a marathon.

Sadly though, most days you will still need to charge your Apple Watch Series 2 overnight. This probably explains the lack of a native sleep tracking app.

It has a better operating system

Owners of the first generation device will be happy to know that perhaps the biggest improvement of all is on the software side. WatchOS3 represents an important strategic shift and finally makes interacting with the device a more enjoyable experience.

All native apps now have their own watch face complications, even if they don’t display any information. If you want quick access to the weather conditions or latest news for example, you can display those. Tapping on a complication opens the respective app. The ability to launch favorite apps instantly means its easier to interact with the device.

The second important navigational difference is the new Dock. Pressing the side button now takes you through to the dock with your recent and favorite apps. Previously, it took you to a largely unhelpful rotary dial of quick contacts. The change means you can now easily access your most frequently used native and third-party apps, and have the latest information in the app already updated and ready for viewing.

There are also other software upgrades such as the Breathe app, designed to encourage users to take a moment in their day to do deep breathing exercises, and a new and improved Activity app which facilitates activity sharing.

So should you buy an Apple Watch?

It really depends on what you are looking for.

The design, hardware and software updates mean the Apple Watch is finally getting closer to where it should have been all along. Buyers should no longer be considered early adopters. Throw in internet and cellular connectivity, sleep tracking, an altimeter for counting floors, more advanced heart rate monitoring (such as resting heart rate) and a few other fitness related features – and Fitbit, Garmin and the likes will have something to worry about.

Apple is clearly shifting focus. And this is evident from the second generation device which focuses on improving activity tracking capabilities. If you are a runner or swimmer you will appreciate the GPS connectivity and waterproofing. Only time will tell whether this is enough for Apple to begin closing in on Fitbit. Its latest Charge 2 tracker is still our pick of the bunch if you are purely after an activity tracker.

Essential reading: Our quick verdict on the Apple Watch Series 2 as a fitness tracker

However, the Apple Watch offers many other things in addition to being an activity tracker. As a fully featured smartwatch, there are few wearables that can rival Apple.

And lets not forget the Series 1 watch. It still represents a compelling buy as it has received a boost in terms of the same faster processor and the WatchOS3 operating system. If you do not need GPS or water-resistance, you may want to go with this option saving yourself $100 in the process. If, however, you are after a smartwatch – and you run, bike or swim for exercise – the Apple Watch Series 2 is the way to go.