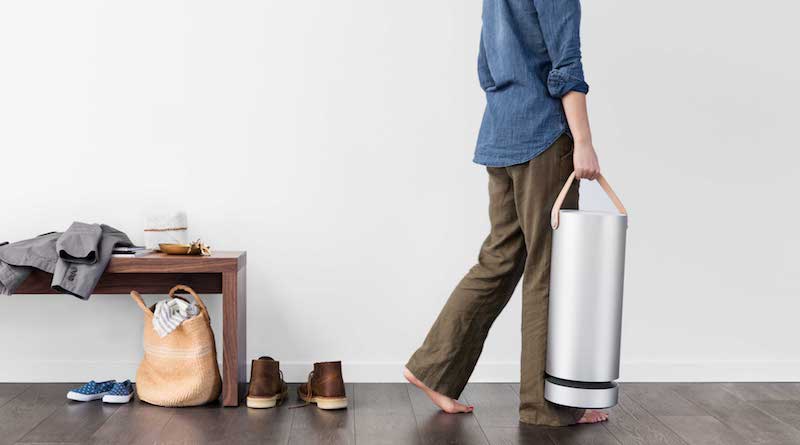 There is some serious competition when it comes to air purifiers. A quick Amazon search reveals dozens and dozens of products. Some are better than others, but Molekule Air Purifier may be in a class of its own.

The gadget was developed at the University of Florida (UF) and University of South Florida (USF). The fact that its funded using grants from EPA and the US Department of Defence should tell you something. Its also backed by traditional venture capital funding and last month the company announced a $10 million Series A round with Crosslink and SoftTech VC.

Last year, the device sold out its pre-order campaign supply in ten days. With all units shipped, Molekule is now available to all.

This air purifier doesn’t rely on the usual HEPA filters which are used by most devices. Instead, Molecule uses something called Photo Electrochemical Oxidation (PECO).

Developed over two decades by research scientists, the technology works at the molecular level to eliminate indoor allergens, mold, bacteria, viruses, and VOCs by oxidizing the pollutants with free radicals. These are the same radicals used to kill cancer cells.

The company says, independent testing shows that by using nanotechnology, PECO is able to destroy pollutants 1,000 times smaller than traditional HEPA filters. That’s pretty small! The difference being, the gadget doesn’t trap the pollutants, it actually disassembles them at a molecular level. The company says, Molekule can purify a 600 square foot space every hour.

The gadget uses a double filtration system. The air is taken in from every angle and circulated through the pre-filter where larger allergens such as dust, pollen and dander are trapped. The air then moves to the next stage where a nanoparticle-coated filter is activated by light, breaking down pollutants to their molecular components and releasing harmless particles into the air. The UVA-wavelength LED light simulates sunlight in order to spark the chemical reaction.

Yup, you guessed it! There is an app to go along with the device. It allows users to control the main unit and lets you know when a change of filters is required.

You can also operate Molecule via the touchscreen display on top of the unit. As the images show, the cylinder-shaped device is fairly large measuring 23 inches in height and 8.25 inches in diameter, but the thing is pretty smart looking so should blend into any home.

Its probably safe to say, this is as good as it gets when it comes to air purifiers. Third party laboratories have tested the technology and in the spirit of transparency, Molekule has publicly released all results.

You won’t be surprised that all this comes at a cost. The gadget will set you back a hefty $799 for the air purifier which includes a free first year for the annual filter subscription. After that you will need to pay $99 for an annual supply of filters. For now the air purifier is only available on molekule.com.