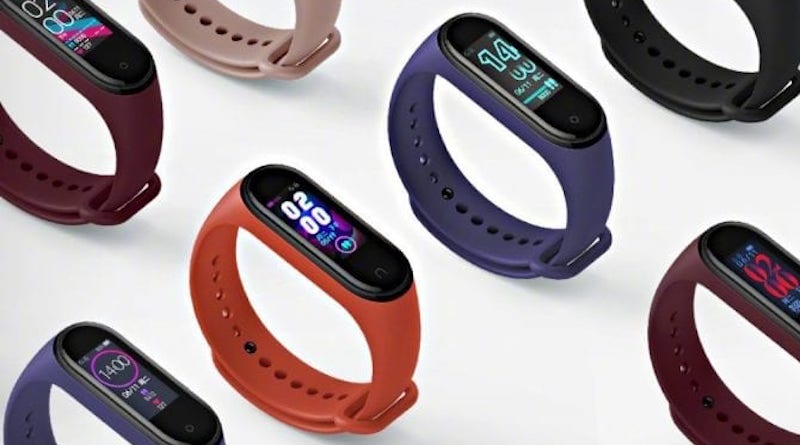 Xiaomi has confirmed a few days ago via its Weibo account that it is planning to launch the much anticipated Mi Band 4 on June 11th. And today, the company’s CEO Lei Jun has revealed the actual design of the upcoming fitness band.

The tech-giant had scheduled the event earlier without specifying which smart product it would unveil. Some had speculated if would be something related to Mi TV. But, as spotted by Droid Shout, a post on its official Weibo account put all guesswork to rest. The info reveals we can look forward to the launch of the next-gen version of its best selling fitness band. 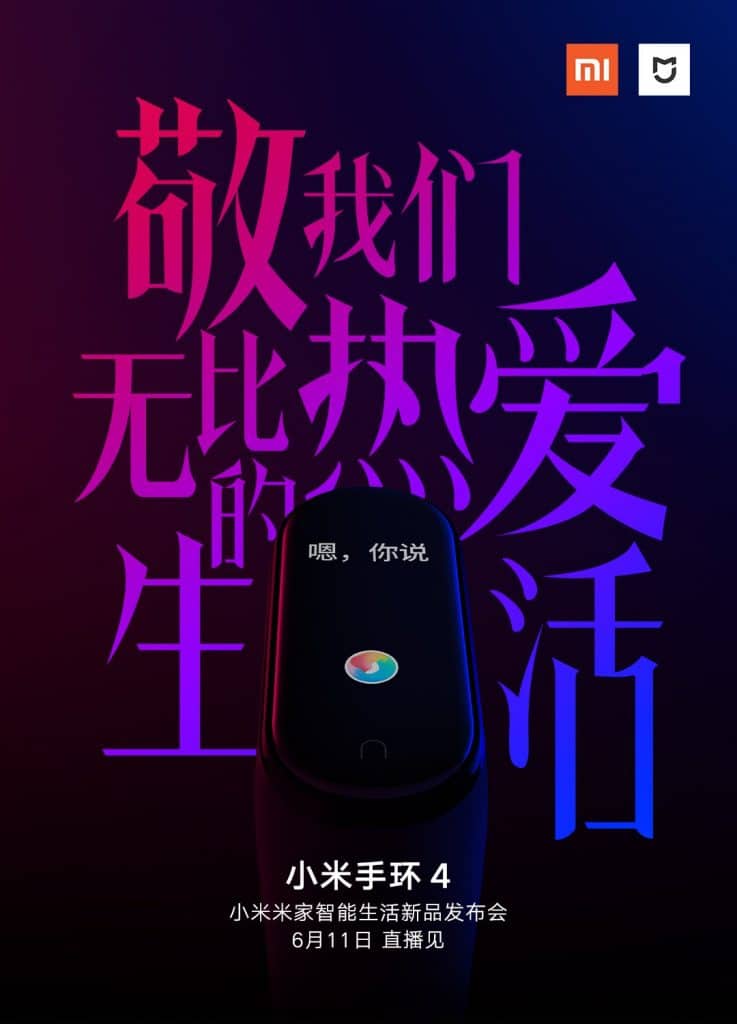 To add credence to the reveal, Lei Jun shared today a pre-launch poster confirming the date. It also gives us the first proper glimpse of Mi Band 4 with each render showcasing a different watch face. 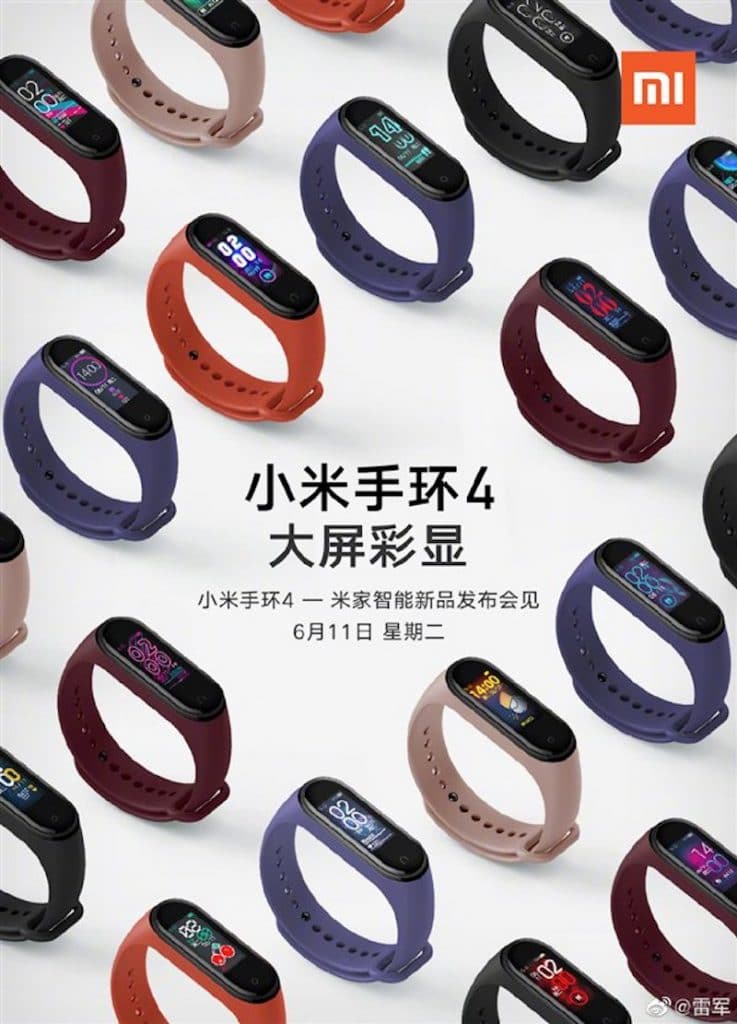 It’s evident from the images above the earlier leaks were correct. Mi Band 4 will come with a similar design to its predecessor, but with a display that is not as curved. More importantly the screen is full colour for the first time, featuring over 16,000 colour pixels. It’s also a whopping 39.9% bigger.

To deal with the more power-hungry device, the band comes with a 135mAh battery instead of the 110mAh battery of Mi Band 3. Hopefully this should be enough to retain the stonking 20 day battery life.

We know there will be two iterations of the wearable, one with an NFC chip bearing model number XMSH08HM, and the standard version with model number XMSH07HM. Furthermore, there will be support for voice commands via Xiaomi’s smart voice assistant – XiaoAI. Whether this functionality will be limited to China remains to be seen. Mi Band 4 will also come with controls for music.

Other info that is currently known is that the new fitness band comes with Bluetooth 5.0 support, unlike the Mi Band 3 which uses Bluetooth 4.2. Finally, the heart rate sensor has also been improved.

Xiaomi is looking to retain the aggressive low pricing as this is an important selling point of the fitness band. In China the NFC version is expected to retail for around 499 Yuan ($70). Similar to Mi Band 3, the standard version will sell for around 200-300 Yuan ($20-$30). In fact, you can already find the non-NFC iteration listed on AliExpress for $49 by a third-party retailer.

June 11th is set to be a news filled day. We are also expecting the reveal of Amazfit Verge 2. The next iteration of Huami’s sports watch comes with full network eSim support.