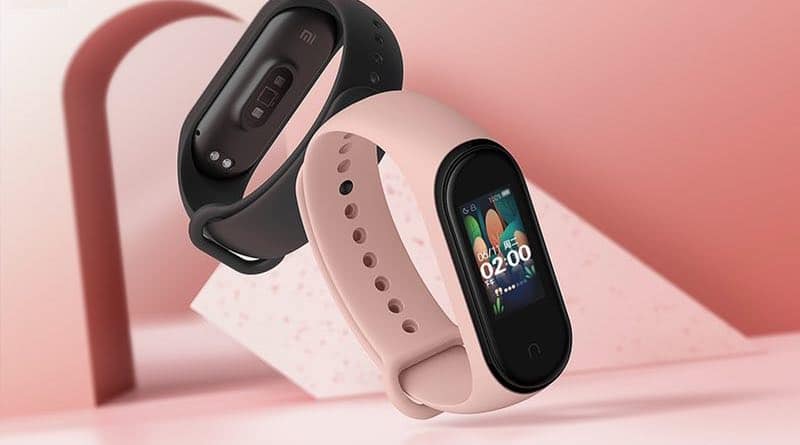 As Xiaomi prepares to launch the fourth generation of Mi Band, press renders leaked ahead of tomorrow’s event showcase the wearable in all its glory.

We’ve seen earlier images of the activity band on Weibo, but they did not do it justice. On these latest ones, Mi Band 4 looks absolutely dazzling. As spotted by Gizmochina, the pictures were posted on Twitter by Alvin Tse, the head of Xiaomi’s POCO brand.

Mi Band comes with a full colour display for the first time, with a capacity to feature over 16,000 colour pixels. The sharpness of the screen is evident from the pictures in this article. It will be interesting to test out the visibility outdoors as the current version lacks in that respect. The display size has been bumped up by 39.9% on Mi Band 4, which should make it much easier to glance at your stats and read messages on the go.

Under the hood the wearable will most likely be powered by the Huangshang No.1 chip. To deal with the more power-hungry display, the band comes with a 135mAh battery instead of a 110mAh one. This should, hopefully, ensure excellent battery life once again. Your Mi Band 3 charging cable will not work on the new device, as evidenced by the charging connectors on the underside of Mi Band 4.

Other info that is currently known is that the new fitness band comes with Bluetooth 5.0 support, unlike its predecessor which uses Bluetooth 4.2. The heart rate sensor has also been revamped and hopefully there should be other fitness upgrades.

We are expecting both the NFC and non-NFC variant to land tomorrow at 2:00 PM local time in China. According to these latest photos, Mi Band 4 will be available in a range of colours including classic black, orange, purple, burgundy, and beige.

Availability may be limited for China to begin with, so international customers might need to wait a bit longer to get their hands on the device. The non-NFC version is expected to go for around $30 and the NFC variant for about twice that.