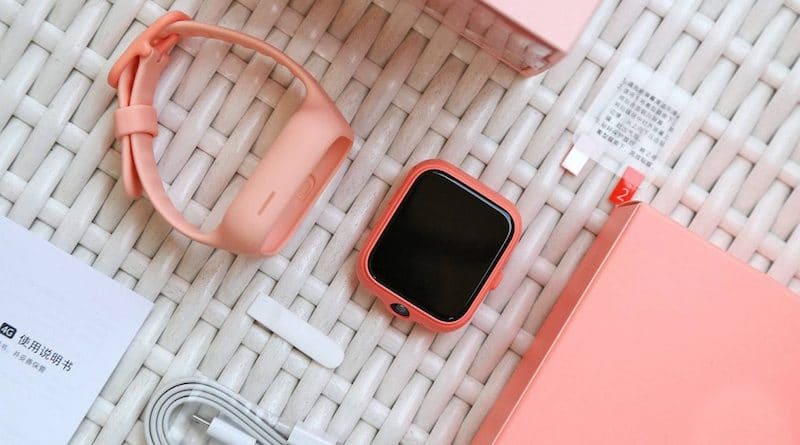 Xiaomi has received Bluetooth certification in the past couple of weeks for two new smartwatches. Both with will be a continuation in the company’s popular Mi Kids (Bunny) smartwatch line.

The Chinese tech giant is a recent entrant into this space having launched the first generation Mi Bunny a little over two years ago. The original version was quite limited in functionality but Xiaomi followed this up with a couple of fully featured devices.

The last iterations in the range were the Mi Bunny Watch 3 and the 3C which was released this summer. They allows kids to make calls from their wrist, there’s an integrated camera on-board that can take snaps and videos in Full HD and much more.

But now we can look forward to new watches in the Xiaomi kids’ line. The wearables were added to the Bluetooth SIG database earlier this month. The first of these was registered on September 10th. It has the model number MTSB08XUN and goes by the name Mi Bunny Smartwatch 4 Pro. 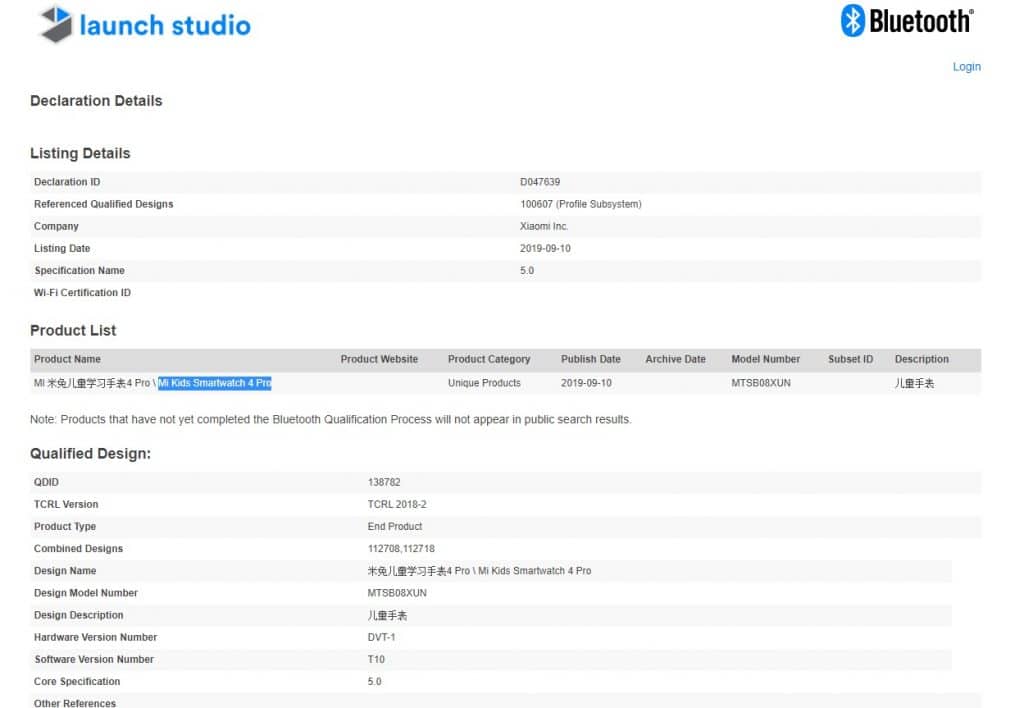 Apart from support for Bluetooth 5.0, the registration details do not reveal very much. However, it is fair to expect the watch will come with an AMOLED display, LTE functionality, camera and fitness functionality.

What’s slightly confusing is the other certification that was published on September 20th. This one goes under model number MTSB09XUN and is dubbed Mi Kids Smartwatch 2S. Most likely it could be a different iteration of one of the earlier devices. Apart from support for Bluetooth 4.0, nothing else is known. 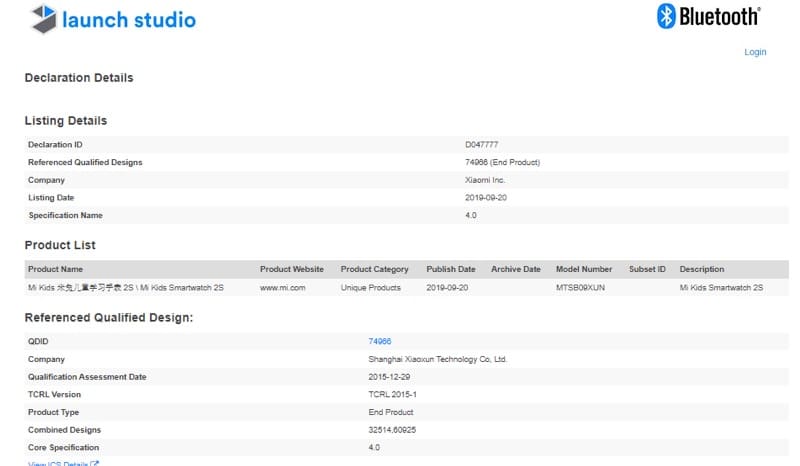 Look for at least one or perhaps both of these to land in the next month or two. This time around we are hoping there will be a version for the international market that will come with support for multiple languages.