Xiaomi has made its entry into the smartwatch space yesterday with an Apple Watch lookalike that sells for about half the price. Not only are the two nearly identical looking but they also sport similar specs under the hood.

The Chinese tech giant has succeeded in making a name for itself in the activity tracker market with its extremely popular Mi Band line. It will be interesting to see if it manages to replicate this success with Mi Watch.

At the outset the timepiece will only be available in China. But you can bet it’s only a matter of time before it makes it across the border. While you’re waiting, read on to find out how similar Apple Watch Series 5 and Xiaomi Mi Band really are.

It’s fair to say there’s more than a passing resemblance between the Apple Watch and Xiaomi Mi Watch. And considering Apple Watch has been on the market for several years, it’s not hard to guess who came up with the concept. It’s often said imitation is the highest form of flattery, so the Cupertino outfit might take some comfort in that.

Both the Apple Watch and Mi Watch feature a square-ish look with similar color schemes and a ceramic back. Apple’s device comes in two size iterations, a 44mm case and a 40mm case option. Xiaomi’s can only be purchased in a 44mm case size.

If we compare the two 44mm case options, the dimensions are nearly identical and both come with an always-on screen that measures 1.78 inches. Xiaomi Mi Watch is slightly thicker though, probably to accommodate the larger 570mAh battery. This also makes it a bit heavier.

Another similarity is the number of physical buttons. Both have only one multi-purpose button which you’ll need to use in combination with the rotating crown and the touch-screen to navigate the menus. As with everything else, the size, and location of the buttons and crown is practically identical.

The two watches come in a few build options. The Apple Watch in an aluminium, stainless steel, titanium and ceramic case iteration. Mi Watch is available in the standard aluminium version and a premium stainless steel option which is protected with sapphire glass.

Finally there is also cellular connectivity on both of these, along with a microphone and a speaker. Apple’s watch does come with more storage, though, 32GB versus 8GB.

Powering everything on the Series 5 is a fifth generation SIP called S5. It is largely the same as the one you’ll find on Series 4 but offers 2 times faster performance than on Series 3. Xiaomi’s watch comes with Qualcomm Snapdragon Wear 3100 featuring four Cortex A7 cores. The company says this is the first wearable with Snapdragon 3100 4G. Both these processors are top of the line.

Unfortunately, the Cupertino outfit is still struggling when it comes to battery life. Just like its predecessors, Series 5 will keep going around 18 hours between charges. Despite similar specs, Xiaomi has managed to improve on that. Its watch is advertised with battery life of around 36 hours, and that’s with 4G switched on.

Both of these watches come with most things a typical person needs to track fitness around the clock. A step counter, barometer for counting floors, and much more.

The most notable omission on the Apple Watch is native sleep tracking. Until Apple manages to improve on battery life it will continue to lack this feature.

Mi Watch has sleep tracking with info on key sleep stages. There’s even Firstbeat Sleep Analysis letting you know how well you are prepared for the day ahead and a Sleep Coach helping you sleep better.

Other Firstbeat features on Mi Watch include 24/7 stress monitoring revealing how your body responds to the challenges of life and environment. There’s also a Body Resources function which lets you know when you train hard when to take a day’s rest.

The Apple watch offers more in terms of general health features. The much written about feature, of course, is the FDA-cleared ECG sensor. The Series 5 also looks for irregular heart rhythm and can alert you if your heart rate goes above or below a certain value. Finally, there’s also a fall detection feature.

Outside of this both watches will track sports both on land and in water. They also come with GPS for more precise tracking of outdoor exercise.

In terms of OS, the Mi Watch runs MIUI for watch which is essentially a customized version of Wear OS. Out of the box, the watch comes with a diverse range of applications. You can even watch videos on the thing, not that it will be particularly enjoyable.

There’s also Xiaomi’s app store. At the outset, this will offer more than 40 apps, such as QQ, WeChat and more, all downloadable to Mi Watch. We should get more apps soon as all of this is open to third-party developers.

The Apple Watch runs on the company’s proprietary Watch OS. You’ll find native and third-party apps for everything imaginable and watchOS 6 comes with lots of new functionality.

Other non fitness features that can be found on both the Mi Watch and Apple Watch include cellular connectivity for making calls when you are away from your phone, local storage for music, an NFC chip for contactless payments, text and calendar alerts, and more.

Both of these watches are high-end products competing in the all-purpose watch space. It’s fair to say they look almost identical. It is often said imitation is the highest form of flattery, so Apple might take some comfort in that.

The extras that work in Xiaomi Mi Watch’s favor include longer battery life (36 hours vs 18+ hrs on Apple Watch) and a few fitness tracking extras such as monitoring of sleep and stress. Of course, let’s not forget the price. The Chinese outfit’s watch sells for half the price of the Apple Watch so seems like more value for money.

The Apple Watch is the best selling smartwatch in the world for a reason. It has a tried and proven operating system that performs well. Compared to the Xiaomi Mi Watch there are more build options, additional health functionality (ECG, low/high heart rate alerts, fall alerts) and more. Unfortunately the battery life remains the sticking point.

Hopefully Xiaomi Mi Watch will make its way across the Chinese border soon. For now we will be watching with interest on how the watch performs and will look to do a hands-on review. In terms of specs it is very similar to the Apple Watch but time will show if it performs just as well. 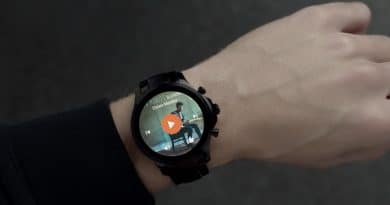 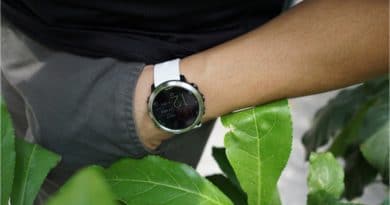 Garmin leaks image of Forerunner 245 on its own website 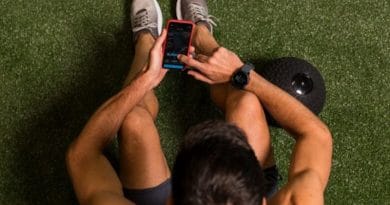 How to trim an activity in Garmin Connect