According to EUIPA and WIPO filings, Huawei is working on a smartwatch and a fitness band. They come in designs that are very different from the company’s current range.

Sure the Chinese tech giant is having struggles with the American government and the suspension of its Android license in 2019. But that is not stopping it from developing new wearables.

The images accompanying the registrations shows devices that look very distinct from Huawei’s current wearables lineup. The company may be looking to branch out, at least design-wise.

Starting with the smart timepiece which looks very Appelesque with its squarish form-factor, but a bit more elongated. Nothing like the Watch GT and GT2 which are circular.

The device in the filings has thick bezels and a single physical button on the side. Turn the thing over and you’ll notice two pins for charging above a heart rate and other activity tracking sensors.

We are expecting the Huawei GT2 Pro to land pretty soon but expect that one to be along the lines of its predecessors. The certification for that one was revealed on the Economic Commission for Europe. The listing, however, doesn’t reveal very much so it’s difficult to predict what new features GT2 Pro will bring. 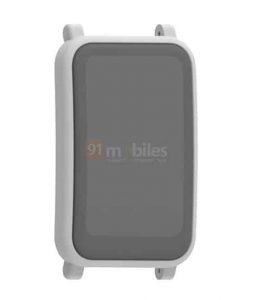 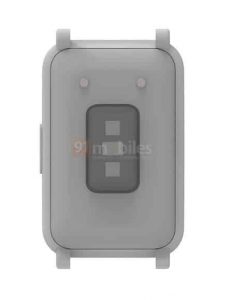 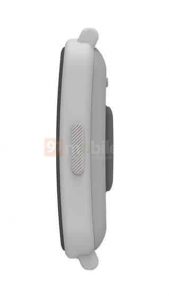 Moving on to the fitness band and this one, as well, is very different from the current range. We saw the debut of Talkband B6 at the end of July. It improves on the design of its predecessor with a larger display and SpO2 sensor. Its main distinguishing feature from other such devices on the market is a Bluetooth headset that slips neatly inside a fitness band.

Once again, the patent describes something entirely different. The smart band has a more “traditional” slim, flexible curved screen design. Like the Huawei Watch, there is a single physical button on the right edge and sensors at the back.

We don’t know if the smartwatch and fitness band will be premium or budget devices. Their build will depend entirely on this. The company could use plastic, steel, aluminium or even something fancy such as titanium.

As always, it’s important to note – just because Huawei has filed these patents does not mean the wearables will actually see the light of day. But if they do they will most likely arrive with the company’s own Hongmeng system. This is Huawei’s new software platform HarmonyOS that will compete with Android.