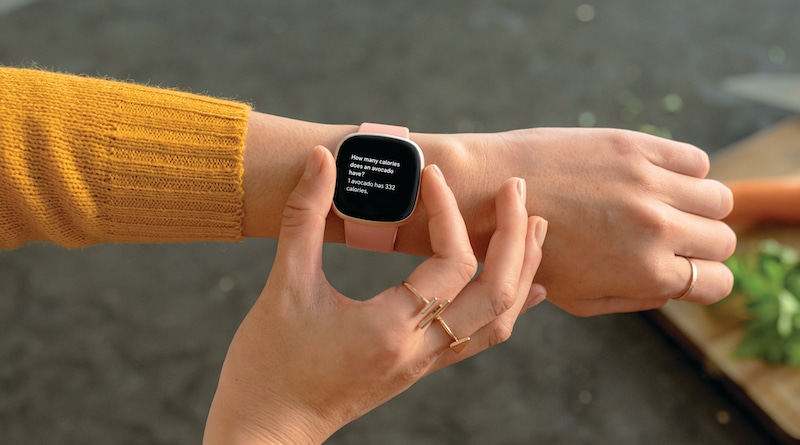 While the launch of the Forerunner 745 was expected, Garmin has sprung a surprise with the recent unveiling of Venu SQ. It comes just a year after the original and is a cheaper version of the same.

With a square look, the Garmin Venu SQ very much resembles the Fitbit Versa 3. This is a timepiece that also saw the light of day recently. It upgrades the company’s most popular smartwatch by increasing the display size and slapping on built-in GPS.

But looks are not the only thing the two wearables have common. Both are looking to capture much the same audience. They are fitness watches that keep tabs on your activity around the clock with some basic smart functionality thrown in.

Here’s a detailed look at how the Garmin Venu SQ and Fitbit Versa 3 compare.

The Apple Watch can probably be credited with making the square-ish shape popular. The thing is, while it may not be as attractive as a circular watch, it is much more functional. It is therefore no real surprise so many companies have followed suit with similarly shaped timepieces.

Garmin was pretty much one of the few exceptions. But this has changed with the unveiling of Venu SQ. To remind, the original Venu is round as are the Forerunner watches and Fenix line.

To keep the price down Garmin has opted to include an 1.3 inch touch-screen LCD panel rather than a full OLED. Hence the not-too-impressive 240 x 240 pixel resolution, but you do have an optional always-on mode

The display on Fitbit Versa 3 has increased in size over its predecessor. It now measures 1.58 inches and is an always-on color AMOLED with 336 x 336 pixel resolution. Hence it is better than the screen you’ll find on Venu SQ both in quality and resolution.

As far as actual dimensions, there’s very little in it. Venu SQ is slightly narrower, thinner and lighter of the two, but the difference is so small most people are unlikely to notice.

Both watches can be navigated via the touch-display. This is combined with one barely noticeable recessed physical button on the Versa, while Venu SQ has two regular sized physical buttons.

Under the hood you’ll find a complete set of fitness sensors in both of these devices. As mentioned, not surprising as the duo is primarily designed with activity tracking in mind. That is what Fitbit and Garmin are best known for.

The watches share an accelerometer, optical heart rate sensor and SpO2 sensor. The Venu SQ also has a compass, while Versa’s extras come in the form of a barometric altimeter, temperature sensor and gyroscope.

The wearables also have built-in GPS and NFC for contactless payments. Venu SQ has a slightly more expensive Music variant that comes with storage for music, just like Versa 3.

As far as battery life, you’ll get about a week’s worth from either of these two devices which is not bad. But at 12 hours, Versa 3 will keep going twice as long with continuous GPS switched on.

Here’s a table illustrating all differences in design between Garmin Venu SQ and Fitbit Versa 3.

Both the Versa 3 and Venu SQ are great options for someone looking for a fitness watch. They’ll have you covered around the clock and can track a wide variety of sports.

This is coupled with excellent software ecosystems. Garmin’s is perhaps more detailed, but Fitbit’s is more user-friendly. Even though both watches are recent launches, they are not the first generation devices so are building on tried and tested tech.

So let’s jump right to the differences.

If you ignore the detail, there aren’t really very many as both watches will spit out all the basics including pulse oxygen readings. Everything apart from a floor count on Venu SQ. This is because it doesn’t have a barometric altimeter.

The duo also has built-in GPS for detailed tracking of outdoor exercise without the need for a smartphone. The fact that Versa 3 has a larger and better quality display means that it is easier to read the screen on the move.

One thing to be aware of is that Fibit offers a premium subscription. Garmin doesn’t – what you pay for is what you get. So while both watches offer respirate rate readings, you will need a Fitbit premium subscription to access this. This is also where you can find raw heart rate variability data and temperature variability statistics. All very useful if you’re willing to pay the price.

Garmin’s device perhaps goes a bit further when it comes to tracking sports. It has better recovery metrics and will even track stress.

Here’s a run-down of the differences.

In terms of smart functionality, the watches show smartphone notifications and come with NFC for contactless payments. If you want offline music storage Venu SQ should be your choice. Versa 3 doesn’t have this although there’s a way around it. Deezer allows you to upload your MP3s to the platform so you then have access through the service. Pandora Plus or Pandora Premium have this as well, but there’s a monthly cost for all of these premium accounts.

There is very little in it when it comes to these two watches. They come in at a similar price point, look almost identical and have a lot of the same tech under the hood.

Versa 3 is a bit more expensive and this is probably due to its slightly more premium design. It comes with a higher res OLED instead of the LCD you’ll find on the Garmin. It also has some extra data over its rival such as overnight temperature readings and raw heart rate variability. But you will need a premium subscription for this. It also lacks offline music storage.

So it’s really a mixed bag.

We recommend the Venu SQ to those that are looking for an attractive and affordable sports tracking watch. However, the Versa range has been favored by many since the first generation launched back in 2018.

2 thoughts on “Garmin Venu SQ vs Fitbit Versa 3: which should you opt for?”