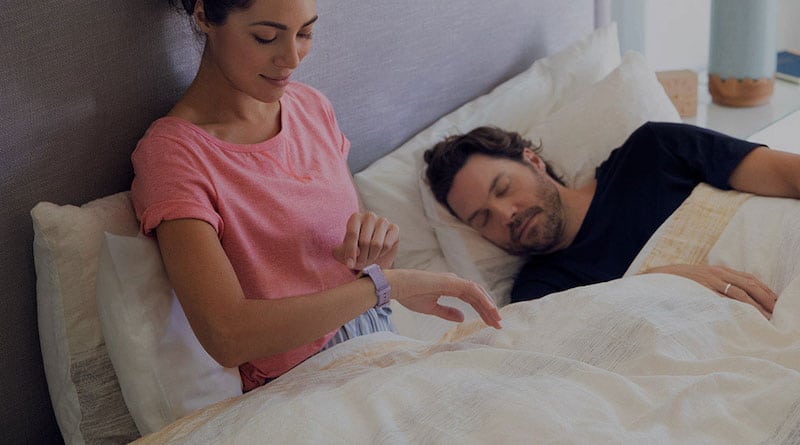 Fitbit Smart Wake is useful to wake you up in a Light stage of sleep. Read on to find out which devices are compatible, how to set it up and use it.

What is Fitbit Smart Wake?

Smart Wake has been around for a couple of years now. It was originally only available on a handful of Fitbit wearables but has since made it to Charge 3 and 4, Inspire HR, Ionic, the Versa family and all the newer Fitbit-branded fitness trackers and smartwatches. It works in conjunction with Alarms.

Those that are still holding on to a Fitbit Blaze are out of luck – the smartwatch does not have the feature. Also, while the new Inspire 2 gives insights into sleep stages, the Smart Wake feature is absent. We’re not sure why this is. Hopefully it will come via a software update.

The whole idea of Smart Wake is to use the combination of some clever algorithms and sensors such as heart rate, to nudge you out of slumber in a Light stage of sleep. That should make it easier to wake up without hitting the snooze button.

You should feel more refreshed than if you were woken up out of Deep sleep. For some reason Fitbit has chosen not to include REM sleep but you can vote for this in the Feature Suggestions board.

Sleep Wake works backward starting 30 minutes before the alarm time you set. This means that it will use that time to determine the best time to wake you up. Don’t worry – if there is no good time, it will revert to the time you originally set.

How to enable and use Fitbit Smart Wake

It’s very easy to set up Smart Wake. Don’t look for the functionality in the smartphone app as you won’t find it there. Instead, this is done when setting up an alarm.

We have a separate article on how to set up alarms on a Fitbit, so no point going into this in detail again. Basically you need to select a new alarm, choose a time to be woken up and tap. The next screen will display the selected time and the options on/off. Scroll down (by swiping up) and there you’ll see the smart wake option. The procedure is pretty much the same no matter which Fitbit you have.

This will then show the 30 minute window it will use to wake you up. So for example, if you set the alarm for 7:30am it will choose a good time between 7.00am and 7:30am. As mentioned, if you are in Deep sleep throughout that whole period it will wake you up at the time the alarm was originally set.

You’ll know the Smart Wake functionality is enabled for a particular alarm by looking at the icon next to it. It should look something like this: . The default alarm icon looks like this:

If you have one of the compatible devices and don’t see the Smart Wake feature, make sure you are on the latest watch app and phone software version. The feature was introduced in late 2019 so you should be running compatible software.

One thought on “What is Fitbit Smart Wake, how to set up and use it”