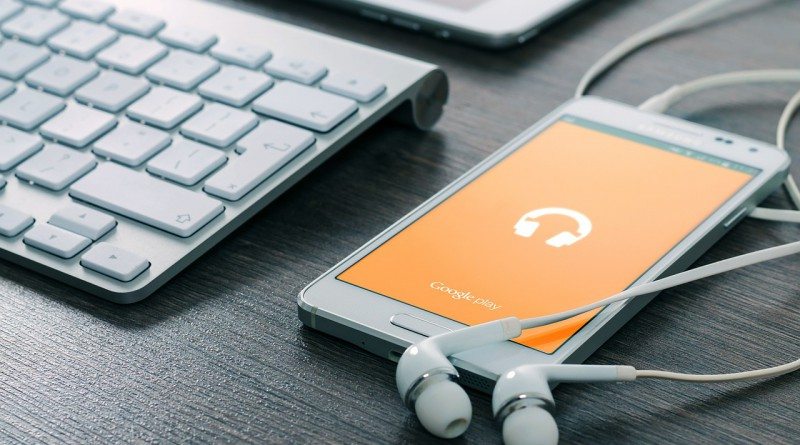 A recent study published by Forrester research reveals the extent to which American adults are connected today. The average US adult uses more than four connected devices, and 70% use a smartphone. Forrester also revels that around 21% of online adults in the US currently own a wearable device.

It was precisely the massive use of smartphones which has enabled the health and fitness wearables market to take off, as this has made components cheap and has allowed for the development of the app market. Software plays a crucial role in the ultimate success or failure of a wearable device according to the report. 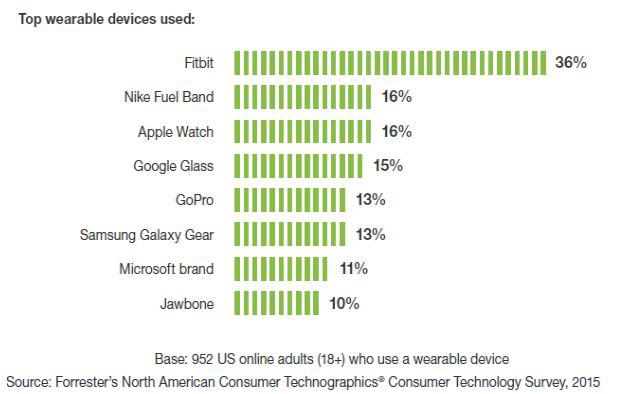 There are sharp differences in the level to which various generations have embraced technology. Unsurprisingly, younger generations lead in the uptake, with Gen Yers leading the way with a 35% adoption rate. Even though older generations lag behind with a 7% share, they use more than three connected devices on average.

Additional details and findings on the Forrester research can be found in their annual report, The State of Consumers and Technology: Benchmark 2015, US. This data-rich report is a graphical analysis of a range of topics about consumers and technology and serves as a benchmark for US consumers’ level of technology adoption, usage, and attitudes.

PWC’s annual report, The Wearable Future, looks at some of the strengths and opportunities for wearable technology – and the weaknesses and challenges that enterprising business must successfully navigate. According to the report, there is indeed a wearable future ahead, one that can dramatically alter the landscape of society and business as we know it.

PwC surveyed 1,000 US consumers across demographic lines for the reports, asking questions about wearable use and adoption, their willingness to use different devices in different contexts, and their concerns about wearable technology.

The report shows that the current level of adaptation of wearables is similar to the level of adaptation of tablets three years ago. The report mirrors findings of Forrester research, in that around a fifth US adults own a wearable device. This is only slightly above the share of US adults who owned a tablet back in 2012. It remains to be seen whether in 2016, the wearables adaptation rate will match or exceed the 40% share of tablets in 2014. 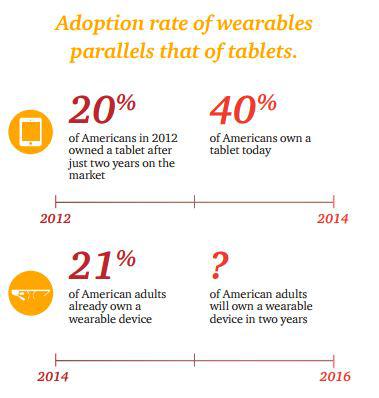 The subset of population that currenly own a wearable is more affluent, more tech savvy and more educated than the general population. “Mainstream America, however, is well aware of what’s out there—nearly 80% say they are familiar with at least one wearable device on the market today.” the report states.

Consumers were also asked to make broad predictions about how wearables will change the world, and those surveyed made both positive and negative predictions around health and wellness topics. The PwC report shows an interesting infographic (below) showing consumer expectations for the wearable future. 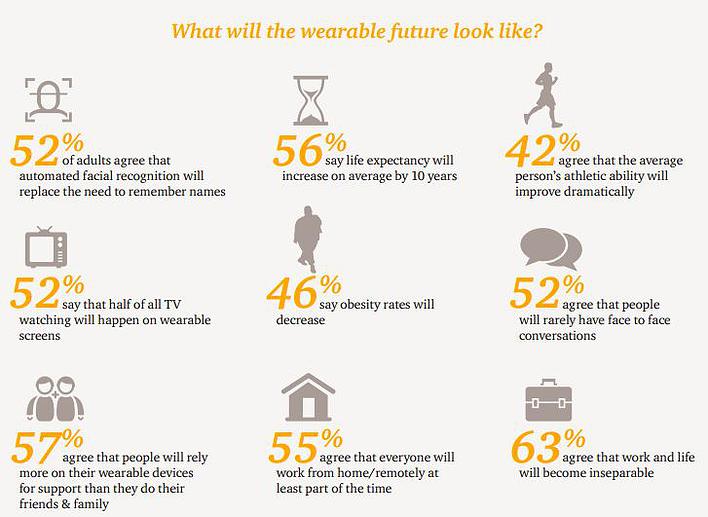