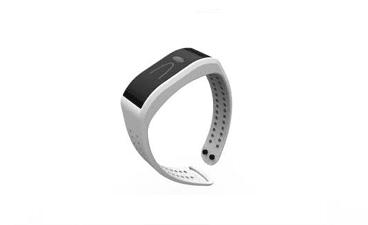 A while ago we wrote about Angel, the first wearable health sensor designed to be open. A wristband that monitors heart-rate, skin temperature, steps, calories and sleep – with blood oxygen level tracking set to be enabled at some point in the future.

The company successfully raised $334,000 with an Indiegogo campaign that closed in November 2013. It has been in development since then, but has started shipping over the past month or so. Reviews on the device are mixed so far, with many bugs still to be ironed out.

Basically, this is a device designed with developers in mind. Currently most trackers for fitness and health are built for use by a single proprietary app. Angel wants to change that and give give developers real-time, raw data access. The company is opening up communication protocols, API/SDK and sensor data streams. Ultimately, this will mean more apps to choose from.

The company’s long term goal is to get Angel FDA approved for medical use. This would allow developers, health experts, and researchers, to collaborate and push health treatment and prevention forward.

“The original Angel Sensor is our flagship product, yet it simply hasn’t been hitting the streets fast enough in order to make a meaningful impact on mobile health.”

“Our main concern was that, although our first product was slick and thin, it was also devilishly challenging to manufacture. Implementing the principles of Extreme Ownership, we couldn’t blame everything on the subpar performance of certain vendors. Our main pain concern was silicone and that’s what we simplified,” said Eugene Jorov, co-founder of Seraphim Sense Ltd., the designer of Angel.

While this a device that is still very much in development, it may be of interest to experimenters, quantified-selfers, hackers, researchers, inventors and tinkerers.