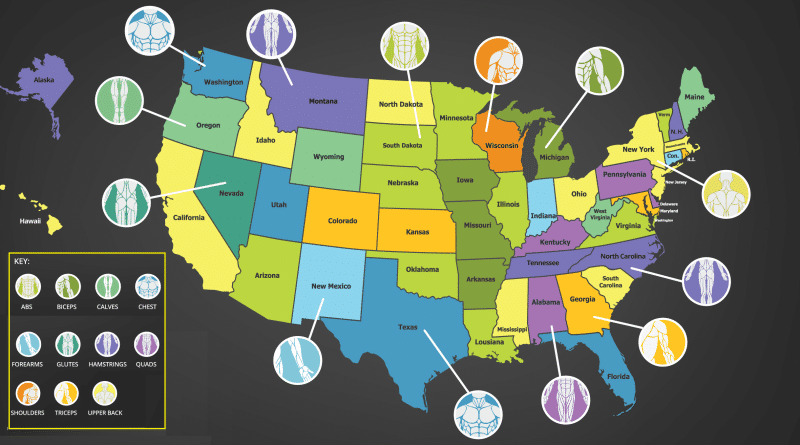 Skulpt Aim isn’t your typical fitness tracker. At the moment, it truly is one of a kind as it measures metrics that you wouldn’t normally measure with more ‘traditional’ fitness trackers. Rather than tracking daily activities, such as steps taken and distance traveled, this tracker measures muscle quality and body fat percentage. The device was made after a successful IndieGogo campaign in 2014.

The company has recently announced findings from its “Fitness State of the Nation Report”, a countrywide survey, based on its own user data, that ranks the strongest states in the US. The study looks at over 600 Skulpt participants and reveals which states have the most muscle overall, as well as which specific muscles in each state are the strongest.

Unsurprisingly, it was revealed that many exercise enthusiasts are skipping the lower body portion of their workout routine. Overall, the study found that the strongest muscles in the US were in the upper body including triceps, chest, shoulders and forearms while the weakest muscles in America were in individual’s glutes and calves.

The study also found that the top four most muscular states were all in the South: Louisiana, Alabama, Mississippi and Tennessee. While the South may rank as the strongest region overall, the Northeastern states including New Jersey, Connecticut, Massachusetts and New York all had the strongest upper body muscles. 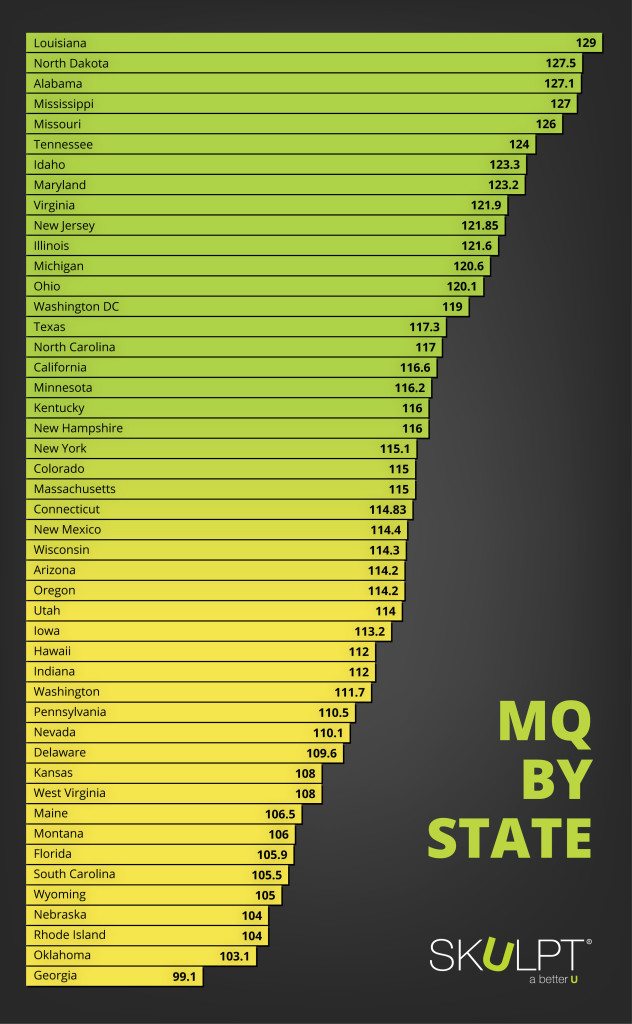 “At Skulpt, we strive to provide our users with the most accurate way to measure their fitness progress,” says Juan Jaramillo, VP of Product at Skulpt. “It was really fascinating to see how our users panned out across the country, and the different muscles each area is working on.”