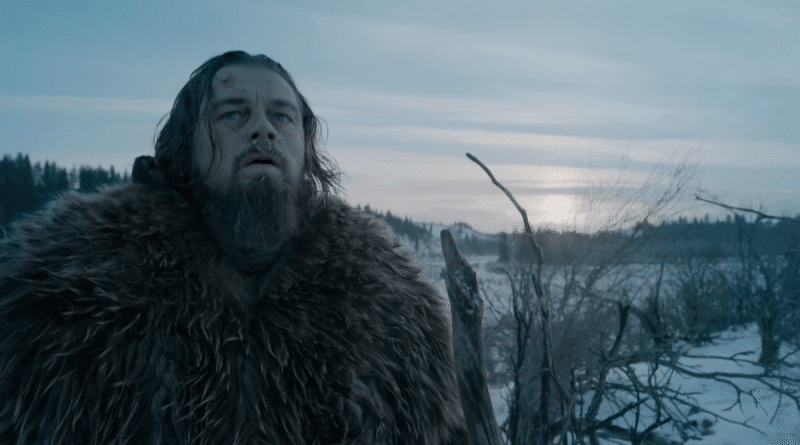 The Revenant is a 2015 American semi-biographical western film inspired by the experiences of frontiersman and fur trapper Hugh Glass. Set in 1823 Montana and South Dakota, the film stars Leonardo DiCaprio as Glass, and co-stars Tom Hardy, Will Poulter, and Domhnall Gleeson. The film received positive reviews from critics, won three Golden Globe Awards, and has been nominated for 12 Academy Awards.

Before the movie hit wide release, Fox Studios partnered with a small software company called Lightwave to measure how audiences were reacting to the film by using real-time biometric data. Lightwave used a medical grade fitness tracker on over 100 people in test screenings in Boston, Chicago, Philadelphia and Washington DC before the movie hit theaters in December. Audience members’ heart rate was measured ten times each second, along with their temperature, movements and more.

“Measuring and understanding the emotional response to a film has historically been based on intuition and self-reported survey data,” said Rana June, CEO of Lightwave.

“The insights gathered using our technology is data that’s previously been untapped by filmmakers, producers and studios. Through Lightwave, we were able to better discern our audience’s response to the film in a revolutionary new way.”

There is no shortage of highly emotional moments in the movie. The first significant jump in the audience’s heart rate happens just 26 minutes into the film when Glass is viciously attacked by an enormous grizzly bear that nearly takes his life.

Overall, fifteen scenes evoked fight-or-flight responses, as determined by a range of indicators taken together. There were also nine moments when the audience was startled. For most of the remainder of the film, the audience was transfixed, spending nearly a half of the 156-minute runtime motionless, or as the studio puts it, on the edge of their seats.

George Dewey, Fox’s senior vice president of digital, said the data complements traditional written surveys and focus groups. One of its advantages, he said, is that it cuts through some of the statistical “noise” that results when audience members influence each other after the movie.

“If the vision of Lightwave is true, it’s a completely new way of understanding the human experience,” says June.

“We don’t need every single moviegoer to be wearing a Lightwave wearable device for the data to be meaningful. Our definition of success here is: if for every film that comes out there are couple hundred people that a part of this high-resolution data set providing insight into what the reaction is, an unbiased reaction to the content, it will help make better movies. It will help studios make decisions about what audiences feel.”

Interestingly, Lightwave began by developing technology for clubs that helped DJs measure the reactions of the ‘dub-stepping, mosh-pit-audience,’ according to June, a former DJ herself. The technology has since moved on to other outlets such as concerts, sporting events, and reality TV shows. The ultimate goal is for filmmakers and other artists to use this data as they’re creating the works.

Hollywood has been pre-screening films to gauge audience reaction for a long time now. But previous methods of audience measurement were crude and inaccurate. People would, for example, sit through a two-hour movie and then were asked if they liked it, or were told to fill out a questionnaire.

For now, Fox plans to use the technology for marketing — for instance, to highlight scenes that provoke more of a reaction among women in advertising that targets them. It’s unclear if Fox Studio’s is the first to obtain this sort of data from audiences, but it’s unlikely to be the last.

“Through biometric data, we no longer need to rely solely on subjective measurements to infer the impact that the content is having on the audience. Why is this important? It could change storytelling forever.” says June.