Research by leading wearables manufacturer Fitbit, revealed that a half of Brit’s have not walked for 30 minutes at a time for more than a week. And 10% of Brits have admitted they are so idle, they never walk anywhere. Those aged under 44 are most guilty of being inactive. According to the survey, the excuse used most often was “impatience” because travelling on foot takes too long.

As a general goal, it is widely recommended to aim for at least 30 minutes of physical activity every day. If you want to lose weight or meet specific fitness goals, you may need to exercise more.

The regions of the UK where people are getting the most daily exercise from walking are London and the North West. And the most sedentary areas are Northern Ireland, Scotland, and the South West.

It seems that New Year’s resolutions are not what they used to be, with only half of Brits committing to them last year. And a  third gave up during the first month according to Fitbit. Those from Northern Ireland were quickest to abandon their resolutions (25% giving up in January), followed by those from Newcastle (14%) and London (12%). On the other hand, the Welsh were the most committed to their goals, with 58% achieving their resolutions.

The top three reasons for people abandoning their resolutions include hunger pangs, stress and wanting to socialise. The research also revealed that half of Brits mistakingly believed they burn enough calories by hoovering, dusting and ironing for two hours, and a fifth believe that running after their children during the day means they do not need any additional exercise. 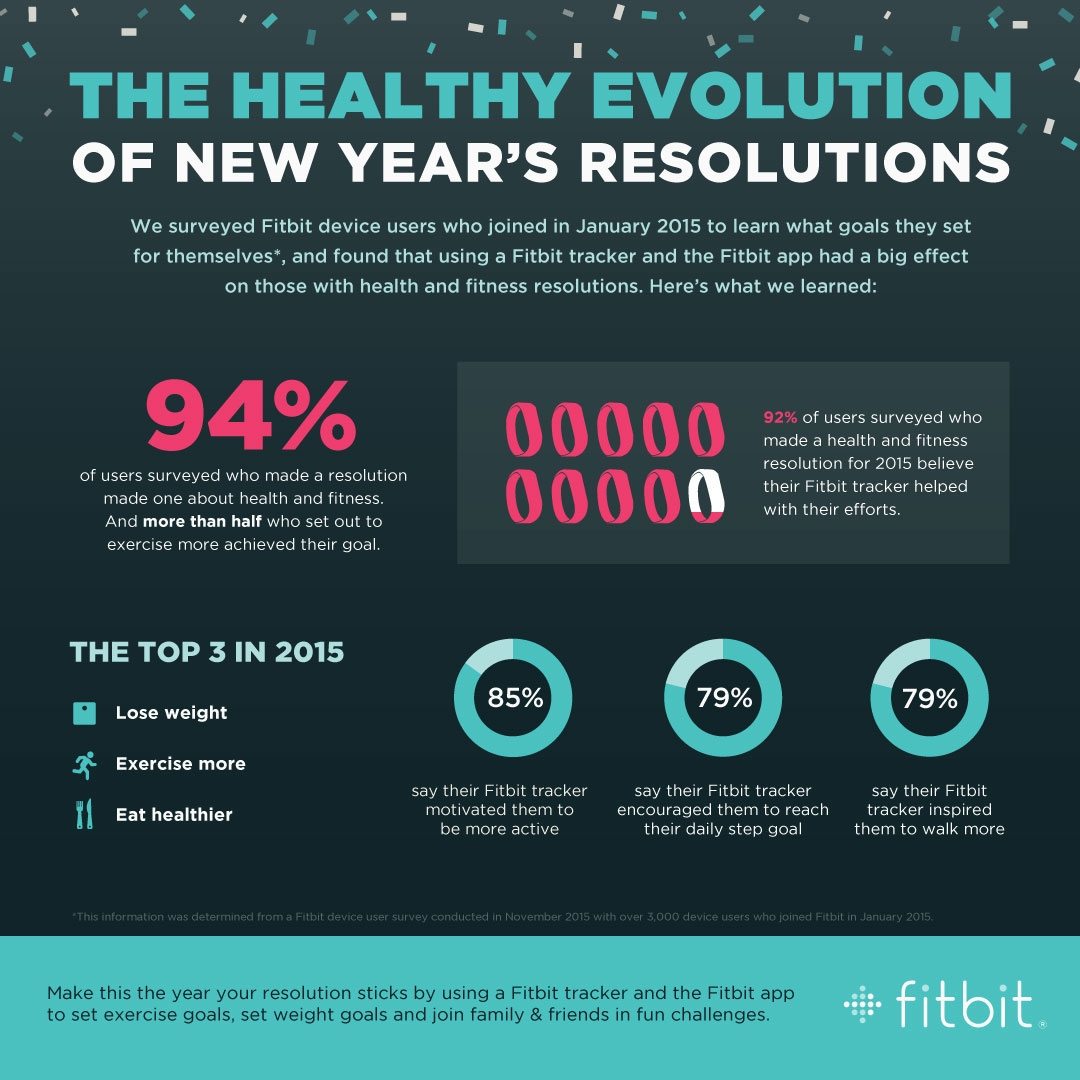 In an effort to encourage people to be more active, Fitbit recently announced a charity initiative called StepsforGood in partnership with fundraising event Sports Relief,

“Together with Sport Relief, we want to get the nation moving and take some #StepsForGood, so we’ve created the BIG BILLION Step-a-thon. From 1st February for every billion steps we take together Fitbit will donate £50,000 to Sport Relief until we reach £250,000.”

Gareth Jones, Vice President and General Manager for Fitbit EMEA, said: “Sport Relief is a fantastic charity and the perfect partner to inspire our communities to get more active and commit to their health and fitness resolutions for a good cause.

“By helping people see how small changes can add up to big results, Fitbit makes the path toward health and fitness fun, engaging and sustainable.

“After discovering a third of people who make health and fitness resolutions give up within a month, we’re challenging Brits to see how every step counts toward the five billion goal of the Big Billion Step-a-thon.”

“Incorporating more steps into your routine is an ideal way of keeping fit when you lead a busy lifestyle.

“Don’t discount the steps you take when cleaning the house, taking the children to school or on your commute – they all count.

“You can also try getting off the bus a stop early, taking walking meetings or committing to doing something active for a good cause.”