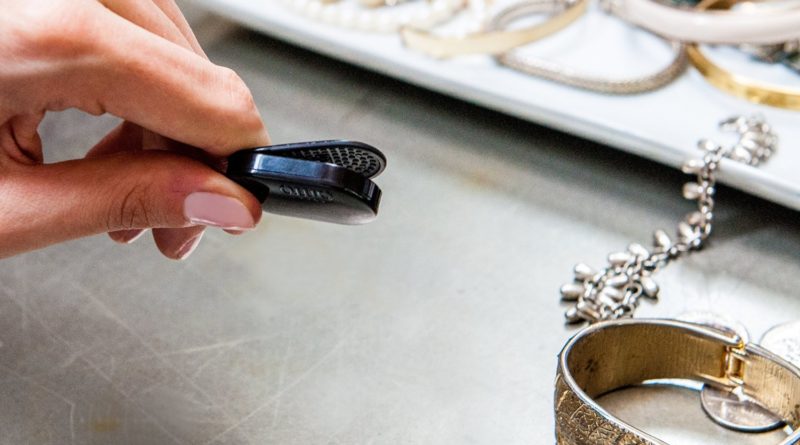 Smartphones do many things. But it’s easy to become a slave to them. Ditto is a wearable that aims to lessen the chances of that happening. Coined the “universal notifier,” this is a thumb size device that gives off a little buzz when you receive important texts, calls, or emails, allowing you to go totally hands-free.

The wearable comes from a California based outfit called Simple Matters. To fund product development, they launched a Kickstarter campaign two years ago and successfully raised $129,000 from over 2,000 backers.

Ditto was given to me by the company for review. Regardless, my review is 100% honest. 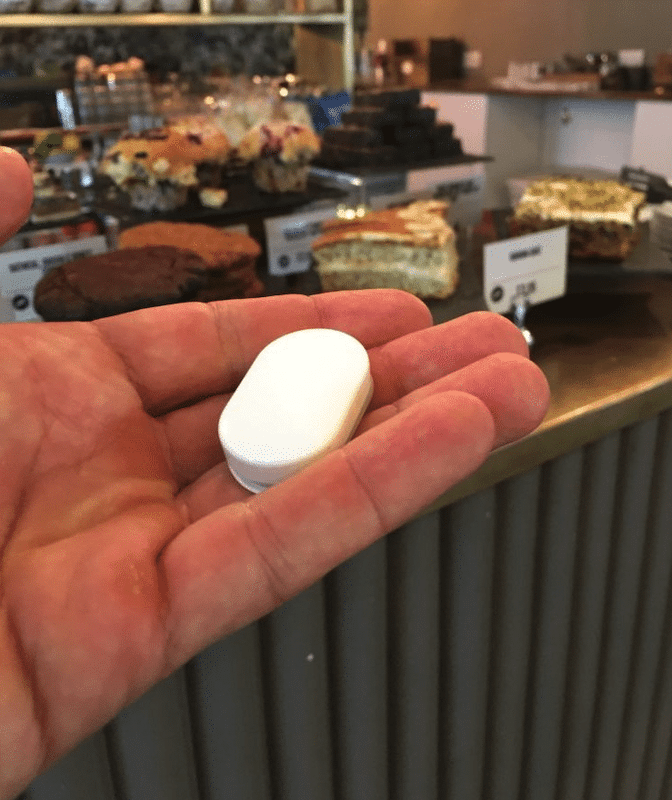 Right out of the box, you notice the minimalistic design. Measuring 3.7 x 2.3 x 1.0 centimetres (LxWxH) and weighing only 8 grams, it really is tiny. There are no buttons to push, cables to get tangled in, or displays to look at. Less is more.

The manufacturer clearly had the word unobtrusive in mind when it came to the design, and the wearable succeeds in this respect. So much so, that I can imagine it would not be very difficult to lose it! But offered the choice between a discreet wearable, and something that sticks out like a sore thumb, I would rather go with the former option.

The product comes in three different colours—black, white, and clear—and is completely waterproof. You can even take it swimming with you to get notified of those all important messages.

To assemble it, snap the top and bottom sections together and twist them into place. This sounds easy enough, but I only found myself succeeding after 4-5 failed attepts.

The device can be attached onto clothing, a jean pocket, on a strap, or on a band like a watch with the Ditto Clip. You attach it by pressing the little ridge on Ditto’s top half so that it opens it up like a clothespin. There is also a rather plain looking wrist-strap you can use instead if you want to wear it like a wrist-watch. My preference was to wear it without the wrist-strap.

The Ditto is compatible with Android and iOS devices with Bluetooth 4.0. It runs on one disposable CR1632 coin cell battery for up to six months. 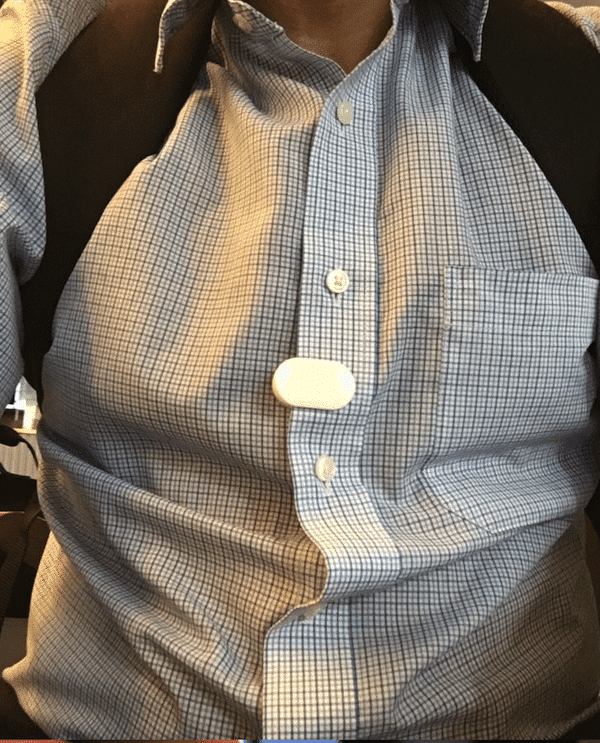 Ditto is silent, discrete, and allows you to feel your phone from 50 to 100 feet away. As mentioned, it has a very simple function. It notifies you to calls, texts, emails, alarms, calendar updates, and even to a forgotten phone.

The user friendly Ditto app allows you to customize exactly what notifications you receive while also filtering out unwanted distractions. There is also a Tether function that causes Ditto to buzz when you walk outside of Bluetooth range.

The set-up is fairly straightforward. Download the Ditto app from the Apple App Store or Google Play. Once you start the app, it will automatically use Bluetooth to search for the device and ask you to pair with it. Once paired, you are set to go. To make sure its working, you can test its vibrations by tapping on the Vibrate Now option.

The app has a no nonsense design, with all features clearly laid out. Click on notifications and you will enter a menu which allows you to turn on/off individual notifications. This includes phone calls, texts, emails, tether/leash, calendar and alarm/timer. There is also support for a wide range of third party apps, from Airbnb to Youtube.

Rather conveniently, the app has been designed to allow you to set custom vibrations for each type of notification. For example, three short bursts for emails, four bursts for phone calls and so on.

To avoid being hassled by unimportant calls and messages, Ditto lets you choose which users to ignore and which to prioritise. It does so by linking into your contact list allowing you to tailor vibrations for specific contacts. One buzz for your daughter, two buzzes for your friend Jake, and so on. Now you can stop missing calls or messages because you didn’t hear your phone ring or feel it vibrate because it was in your purse, or left on mute while being charged. 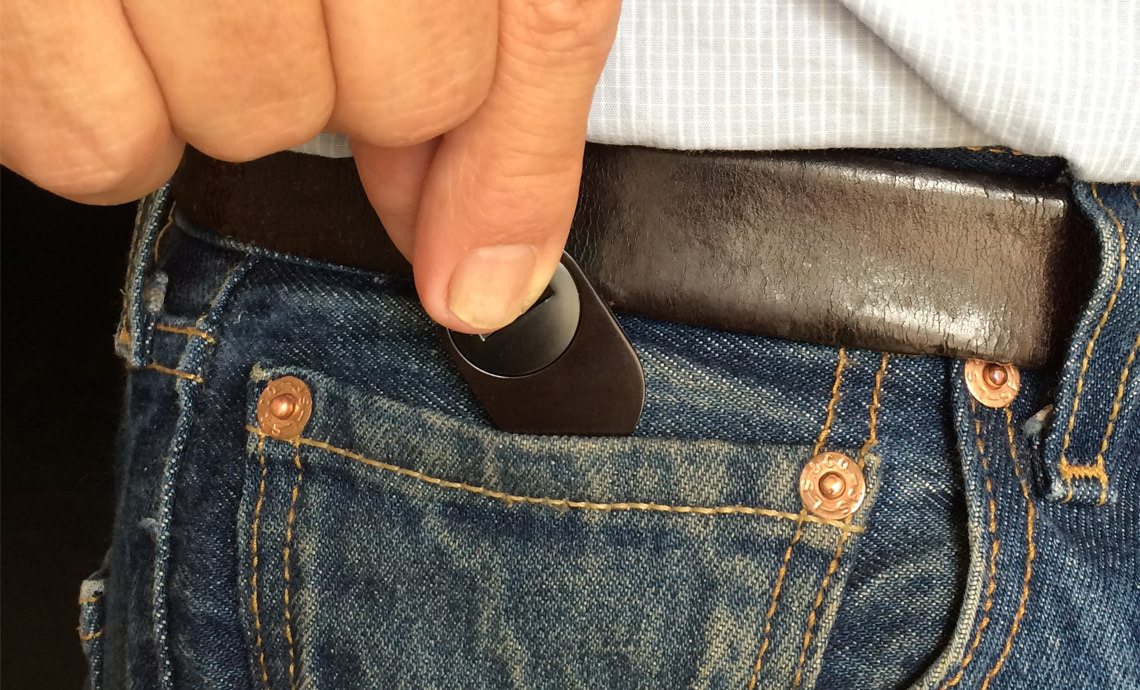 I found the device is probably about 85%-90% reliable at alerting when appropriate. As with any wireless product, there will be occasional times it misses an alert. I found it was flawless when it comes to notifying of telephone calls, but less so when it comes to emails and other alerts.

You also have a Do Not Disturb feature which allows you to choose an amount of time for which you’d like the device to remain silent.

Another feature of Ditto is that it serves as a silent alarm in the morning. In theory, this is great for waking up without disturbing your partner. In practice, you really need to be a light sleeper to wake up solely based on the slight vibration from the wearable. There is no snooze function although you can set up multiple alarms.

The teather function is also of limited use. It doesn’t buzz until you’re completely out of Bluetooth range. So you could be out of the restaurant and into the street before you realize you left your phone. Good luck finding it still on the table by the time you come back.

Is there a market for Ditto? Probably. But the company is facing much more competition now than it did back in 2014 when it launched its Kickstarter campaign. Other wearables are finally getting good enough that a minimalist wearable such as Ditto isn’t as appealing as it once may have been.

Sure, Ditto is cheaper and simpler, but it’s not necessarily better. And if you already have a smartwatch, it pretty much renders it redundant.

Having said that, I can see that the wearable could be helpful in a work setting, particularly those who work with their hands, or for those who receive many calls and notifications. Also those with unique needs, such as the deaf and hard of hearing communities, or anyone who has trouble hearing their phone would find such a gadget extremely useful.

The wearable might not do much, but for the most part, it works like it’s supposed to. I did experience some reliability issues, as Ditto occasionally failed to buzz through some notifications. I would also hesitate to use its alarm function to wake me up in the morning for an important meeting.

If you’re the type who likes to maintain constant contact with the outside world and tend to keep your phone in a bag, or if its important for your job that you don’t miss any calls, Ditto might be useful for you. That is, if you don’t mind keeping track of yet another wearable device.