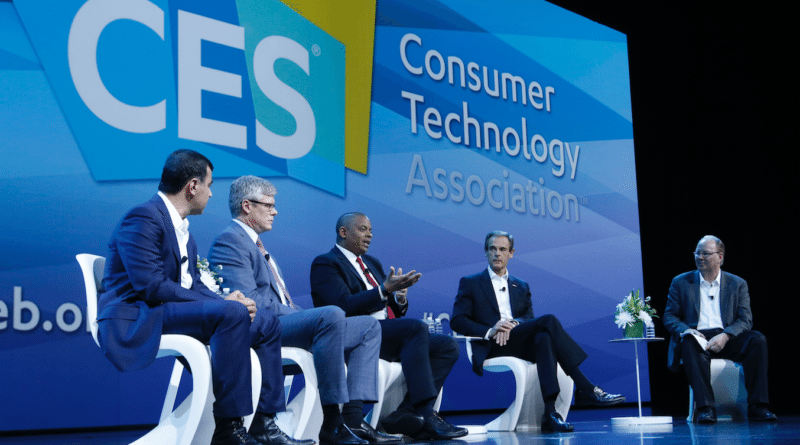 CES is the world’s largest tech convention. Held annually in Las Vegas, this is the place to be if you are interested in next-generation tech innovations. The first CES took place in New York City in June 1967. Since then, thousands of products have been announced, including many that have transformed our lives. This includes everything from the videocassette recorder to 3D Printers.

Nearly 200,000 people from 150 countries will descend on Las Vegas, for the show which runs between January 5th and 8th. There will be some 3,800 exhibiting companies, including manufacturers, developers and suppliers of consumer technology hardware and content. This will be accompanied by a conference program consisting of more than 300 sessions.

An estimated 20,000 new gadgets will be announced. Many of these will be about virtual and augmented reality, smart homes, drones, TVs, smart cars and smartphones. There will be a few new arenas this year, such as one for baby products and another for a sleep technology.

Two high tech giants – Apple and Google – don’t normally attend the show, but many other wearables manufacturers will be there. This year the wearables arena will double to 82 vendors, taking up 17,000 square feet.

Don’t expect too much though. With so many devices launched since the summer, this may be a quiet year.

Fitbit will be there. The San Francisco company has put in a strong performance over the holidays with its iPhone app climbing to number 1 on Christmas day, likely a result of people opening their gifts and finding a fitness tracker inside. This was confirmed by a press release from Amazon which lists the following wearables as ‘best sellers’ during the holiday period: Fitbit Charge 2, Fitbit Alta, Fitbit Blaze, Fitbit Flex 2 and Garmin Vivofit.

Fitbit has upgraded most of its portfolio in recent months. Fitbit Surge is perhaps the best candidate for a refresh, so there could be an announcement there. Following its recent acquisition of Pebble, the company is more likely to leave major upgrades for later in the year.

Garmin is another wearable tech giant planning to make a showing. Last year, the company announced the Fenix 3 HR super-watch. Many had expected we would see Fenix 4 but were left disappointed. Now all eyes are on Garmin and the next iteration in its Fenix series. It is a fair bet the company will release some sort of announcement during CES. Check out our Fenix 4 preview on what you can expect.

Fossil Group has confirmed that a number of its brands will unveil new wearables. This includes Diesel, Fossil, Misfit, Michael Kors, Skagen and Emporio Armani. Last year, the company used CES to announce it will release over 100 different wearables during 2016. It has more than fulfilled on this promise since then.

Xiaomi has also confirmed it will be at the technology show. The Chinese tech company has a broad range of products, but there could be a chance it might make an announcement on a new wearable. This will be the first time Xiaomi attends CES.

Its not all about fitness trackers and smartwatches though, and wearable technology is increasingly looking beyond the wrist. This includes everything from smart clothes, connected shoes to biometric headphones. Boltt Smart Technologies, for example, is tapping into this trend. The company will provide live demonstrations of its new AI Health and Fitness Coach, Connected Shoe, Stride Sensor and Smart Band.

And lets now forget Android Wear 2.0. The new operating system is getting a release early in 2017, so there’s bound to be some announcements on that front.

CES never disappoints so expect a further surprise or two.