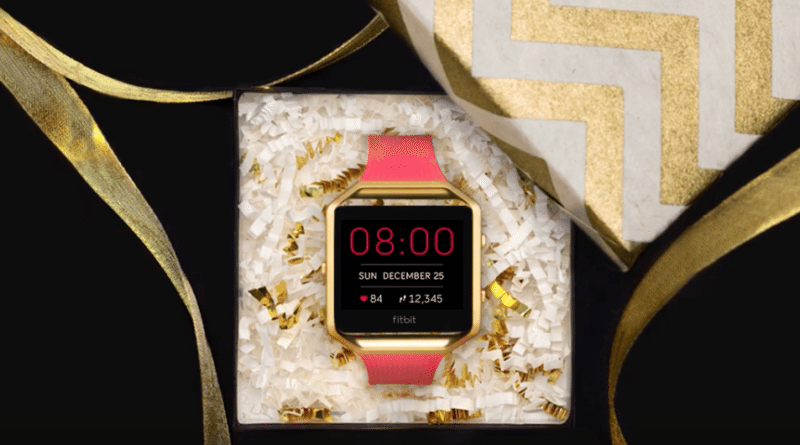 Fitbits have been a popular holiday gift item in recent years, and 2016 is no different. It seems lots of people have unwrapped their presents and found a fitness tracker inside.

The company’s iPhone app jumped to the top spot for free apps on Christmas day, and number 2 on December 26. In all likelihood, a result of people hooking up their new Fitbit fitness trackers.

The news represents a welcome breather for the San Francisco company, and was enough to bump up its stock price by 7.4% yesterday. This was the biggest jump since September when Fitbit unveiled the Charge 2 and Flex 2 fitness trackers. It seems investors interpreted the app download activity as a positive sign for Fitbit device sales over the holiday season.

A very similar scenario played out last year, but in the end it turned out to be a bit of a dud. Two weeks after the stock plummeted 37% due to investors disappointment over Fitbit’s announcements at CES. Ever since then, the stock has been falling – in fact its down 74% this year.

Heading into 2016 the wearable device market was all the rage, but ultimately sales ended up below expectations. Smartwatches in particular have felt the pain. This time last year eMarketer predicted wearables usage among US adults to grow more than 60% in 2016, but has recently slashed this down to only 24.7%.

Despite an increase in competition and a sluggish overall market, Fitbit has managed to hold on to its position as the leading wearables manufacturer. Can the company sustain the good run into 2017? Only time will tell.

All in all, it looks like Fitbit had quite a good Christmas showing. And this should ease some analyst and investor worries around the company’s growth prospects. At least for now.