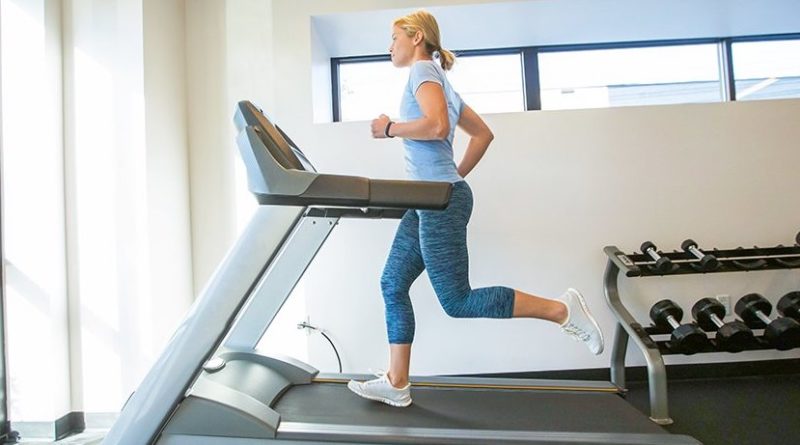 Heading into 2016 the wearable device market was all the rage, but it seems fitness trackers and smartwatches are not exactly flying off the shelves.

This time last year, eMarketer forecast wearables usage among US adults to grow more than 60% in 2016. It turns out this was way off the mark, and the market research company has now revised down its forecast to only 24.7%. 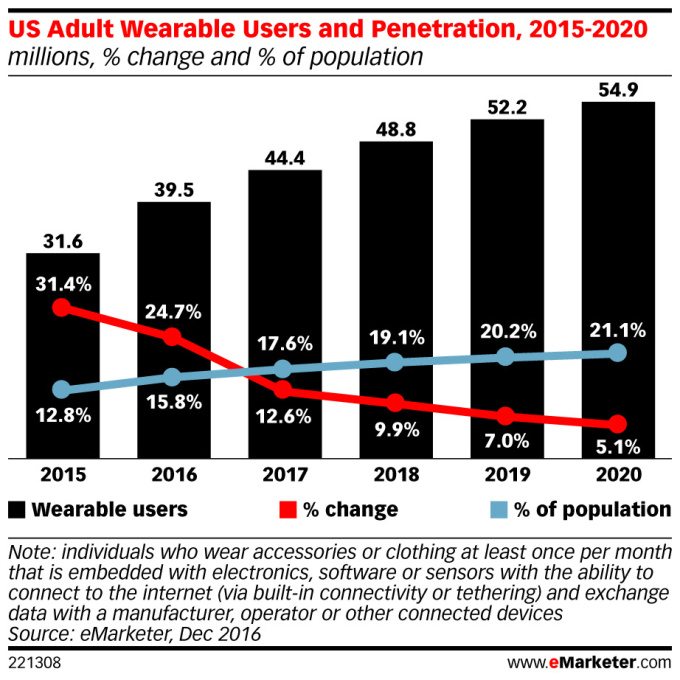 These findings correlate with market estimates from the International Data Corporation. Its figures show only a 3% year-on-year increase in wearable shipments in Q3-2016, down from 26% in Q2 and 67% in Q1. Dedicated fitness devices are still seeing healthy, double-digit growth, in contrast to the smartwatch segment which is very much feeling the pain.

“They also reported high price-sensitivity. Without a clear use case for smart watches—which have more features than fitness trackers, but significant overlap with smartphone functionality—the more sophisticated, expensive devices have not caught on as quickly as expected.”

While there is enthusiasm from early adopters, wearables providers are continuing to struggle to overcome the consumer perception that their devices do not offer a compelling enough value proposition. Another problem is the high abandonment rate. Apparently, around three in 10 smartwatch and fitness tracker owners ditch their devices because they do not find them useful, they get bored of them or they break.

Unsurprisingly the more tech savvy younger generation tends to use wearables more. Emarketer forecasts around 30% of adults aged between 18 and 34 will use such devices in 2017, well above than the 17.6% estimate for the overall population. 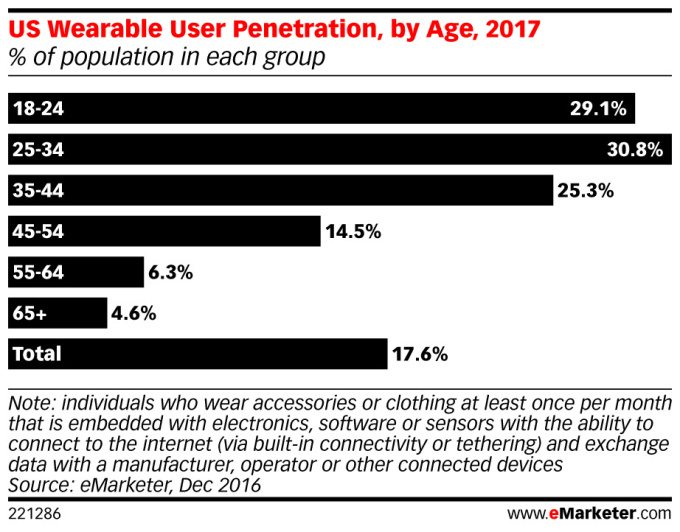 “Younger adults are getting into the wearables market primarily with fitness trackers,” eMarketer said.

The industry seems to be at crossroads. Shipments of wearables continue to rise, albeit at a slower pace. Simplicity seems to be the driving factor, and while smartwatches were once expected to take the lead, the lack of a clear use case is hindering their growth. For this reason, the more sophisticated, expensive devices have not caught consumers’ interest as quickly as more basic fitness wearables.

eMarketer now says 39.5 million adults in the US are using a wearable device at least once a month, a far cry from the 63.7 million previously forecast. This equates to 15.8% of the population, with the penetration rate expected to grow to 21.1% by 2020. Interestingly, the research outfit says there is a gender shift happening among wearables users. The user base is becoming less skewed, and by 2018, more wearables users will be female.