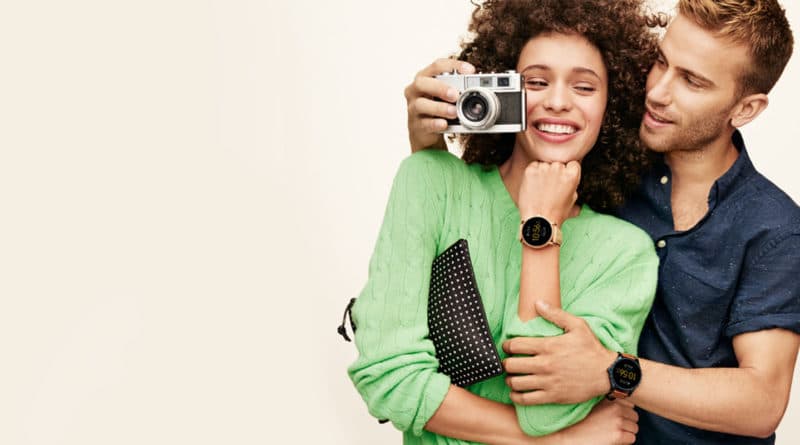 Shares of Fossil fell nearly 20% on Wednesday to an eight-year low, after the company reported lower than expected fourth-quarter earnings and issued a weak forecast for the current quarter.

“Fossil’s fourth-quarter print was in and of itself, ‘not much worse than feared’; however the implications on the go-forward operations leave us with a growing list of concerns on a business that is caught in the crosshairs of an evolving category amid shifting consumer preferences,” Wells Fargo analyst Ike Boruchow, who downgraded the company’s shares to “underperform” from “market perform,” told investors. 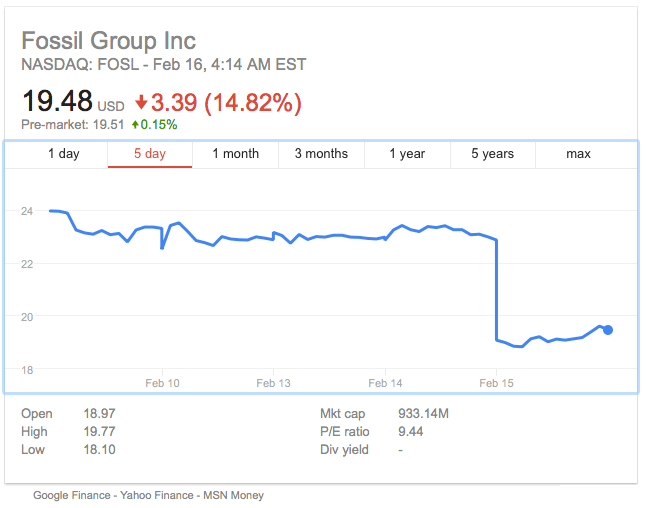 The downgrade comes on the heels of Fossil’s much hyped push into wearable technology. This time last year, the company said it would launch more than 140 wearables in 2016. That sounded a bit ridiculous to us, but Fossil held good on its promise. The watchmaker is now doubling down on its original bid, and has announced it will increase its wearables count in 2017 to more than 300 products! The announcement was made at CES 2017 in Las Vegas.

This comes at a price though. Fossil had to lower prices on these products in order to generate sales, and plans to do the same when it relaunches the category in the third quarter this year. That will eat into the category’s profitability.

Fossil devices look and feel like regular analog watches, but under the hood have technology which allows them to count your steps, distance and calories, monitor sleep patterns and push notifications to your wrist. For more detailed data, you need to head over to the accompanying smartphone app. Each brand’s app and watches provide slightly different functionality, but the common thread is simplicity.

“Even with overall fourth-quarter sales at the low end of our expectations, we began to observe new emerging trends to support our thesis that wearable technology can be the catalyst to drive growth in the watch category,” he told analysts on a conference call Tuesday.

Nevertheless, Fossil released downbeat guidance for the coming year due to foreign-exchange impacts and restructuring charges, among other factors. The company’s shares are down 30% over the past year.