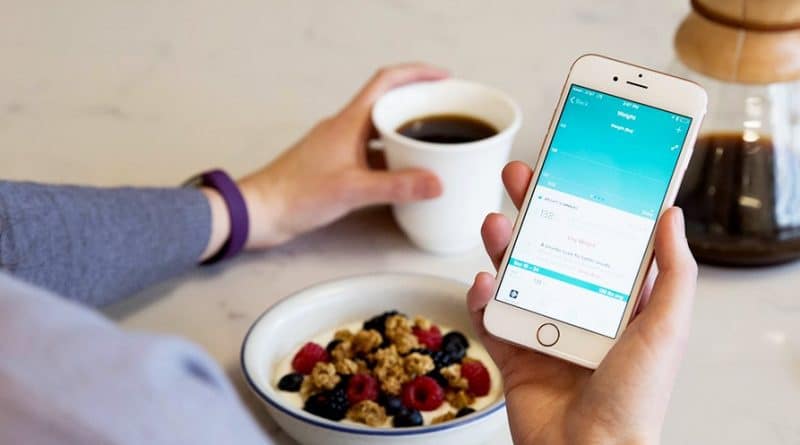 Apple sold an estimated 3.5 million Apple Watch units in the first quarter of 2017 to become the world’s top wearables seller according to Strategy Analytics research. The 59% year-on-year growth helped the Cupertino company capture 16% of the global market.

With only two products in recent months, Xiaomi retained its second place position, but saw a slight decline in the number of units shipped. Fitbit experienced the biggest year-on-year decline. Its sales in the first quarter were nearly half of its number in the same period last year.

“Fitbit has lost its wearables leadership to Apple, due to slowing demand for its fitnessbands (sic) and a late entry to the emerging smartwatch market. Fitbit’s shipments, revenue, pricing and profit are all shrinking at the moment and the company has a major fight on its hands to recover this year.” 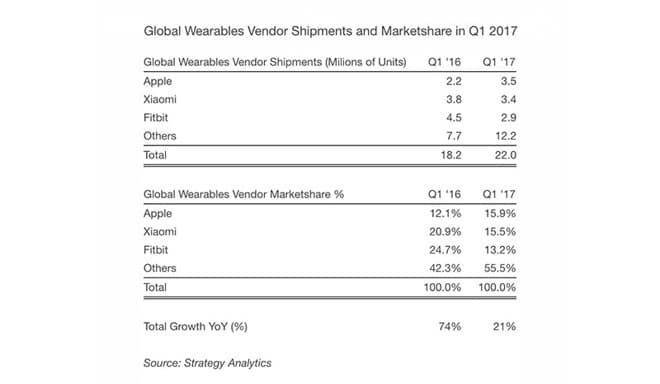 Earlier this week Apple reported financial results for the first quarter of 2017 that were mostly in line with expectations. The company earned $11 billion on revenues of $52.9 billion. One of the company’s fastest growing segments is its wearables business. It seems the release of Apple Watch Series 2 gave Apple a much needed financial boost. Tim Cook said that Apple Watch sales nearly doubled year on year and touted it as the best selling smartwatch in the world.

It should be stressed that any figures reported on Apple are only estimates, as the company does not disclose official sales numbers for the Apple Watch. Fitbit disclosed with the release of Q1 earnings earlier this week that it sold 3 million devices in Q1 2017, not 2.9 million as the Strategy Analytics report claims. Fitbit has also sold more devices than any other wearables company in 2016, with 22.3 million fitness trackers sold in the year.

Smartwatches were very much feeling the pain in 2016 but, if correct, the Q1 2017 figures indicate that tides may be turning. They also reaffirm Fitbit’s decision to get into the smartwatch business.