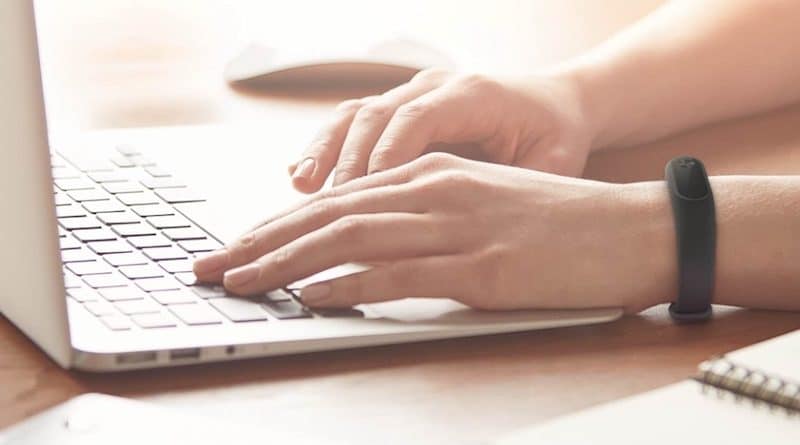 Xiaomi has, for the first time, toppled Apple and Fitbit to become the largest global wearables vendor in Q2 2017.

The Chinese tech giant captured 17% of the market, ahead of Fitbit with 16% and Apple 13%. In Q2 last year, Fitbit was well ahead of the pack but sluggish sales since then have pushed the San Francisco manufacturer into second place. All eyes are now on its smartwatch, which is on scheduled to launch in the fall.

“Fitbit shipped 3.4 million wearables for 16 percent marketshare worldwide in Q2 2017, almost halving from 29 percent a year ago. Fitbit is at risk of being trapped in a pincer movement between the low-end fitnessbands sold by Xiaomi and the fitness-led, high-end smartwatches sold by Apple.”

It should be stressed, these figures are for the number of units sold and Xiaomi is best known for selling inexpensive fitness trackers. In all likelihood, Apple with its more expensive smartwatch range is ranked higher in terms of the actual value sold. Earlier this week, the Cupertino company had good things to say about its wearables businesses. Its revenue rose 7% year-on-year, helped by a 50% quarterly increase in watch sales. 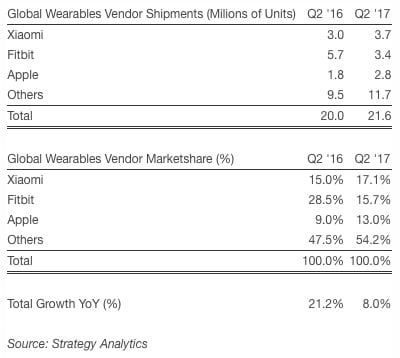 Strategy Analytics says global wearables shipments reached 21.6 million units in Q2 2017, up around 8% on the same period in 2016. Strong demand for low-cost fitnessbands in China and premium smartwatches in the US drove the uptick.

The full report can be found on this link.