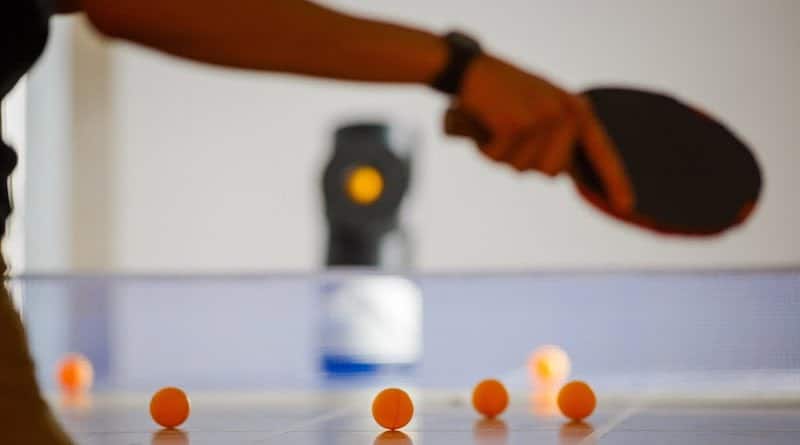 Trainerbot is the world’s first smart ping pong tool allowing you to play matches and hold practice sessions with a robot, no human partner needed.

Despite its rather steep price, the company behind the gadget successfully raised over $370,ooo on Indiegogo in late 2016. This was followed by a Kickstarter campaign earlier this year which raised an additional $250,000.

Delivery was initially set for March this year but this has been pushed back a number of times due to manufacturing difficulties. The latest campaign update holds promise that shipping to backers will begin in November. Retail availability should follow soon after.

Ping pong, also known as table tennis is one of the most popular activities in the world. An Olympic sport since 1988, it is particularly popular in Asia and Europe, and has been gaining followers in United States.

You do need a partner to play with though, and at times it may be difficult to find someone. Not to mention that partners are sometimes too strong and unbeatable! This is where Trainerbot steps it.

The relatively lightweight device (32 cm tall, 16 cm in diameter, weighs 1.2 kg), is designed to sit at the opposite end of the table allowing you to to play the game alone. The other novelty is the accompanying smartphone app which allows you to control the robot. You can adjust it to your level of play, and it can even train you to become a better player through exercises. After all, practice makes perfect!

Everything is programmable. Your AI table tennis partner can send the ball to any part of the table, you can choose the level of spin and any kind of shot you like (such as serves, lobs or slices). You can also choose to recreate match situations by adding a sequence of shots.

The device is portable and can fit into a standard bag or knapsack. The bulk of the body is actually a top-loading hopper which you can fill up with up to 30 ping-pong balls. Balls fly out of a short launch tube which features three motorized wheels to control the frequency. Shots can be set to fire as fast as every 0.5 seconds or as slow as one every 3 seconds.

You’ll get some extra exercise too when you refill the balls. The company says that takes about 13 seconds if you have a catch net, and a bit longer if not.